Compulsory Arabic can lead to more conflicts in Pakistan 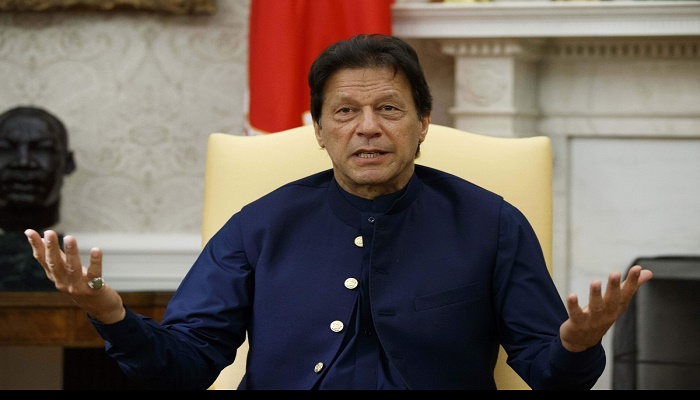 The Imran Khan government’s decision to make Arabic compulsory subject in primary schools is yet another step in Pakistan’s march towards becoming a theological Sunni state, contrary to what its founding father, Muhammad Ali Jinnah, had envisioned.

Jinnah’s Pakistan was for all hues of Muslims and minorities who had the courage to adopt the land of their birth as their nation. But that is not the Pakistan what the mullahs and military wanted—they wanted a Sunni state where other sects and religion had no place. The process of making this happen began within years of Jinnah’s demise.

First the Ahmadis and then the Bengali speaking Muslims from east Pakistan became the `other`. The state actively discouraged and marginalised countless dialects in a bid to create a uniform linguistic identity. So Urdu was promoted over other popular languages like Punjabi, Pashto and Sindhi.

But as the Bengali speaking east Pakistan broke away, after a bloody uprising, and formed a new nation as Bangladesh, Pakistani rulers realised their folly in forcing a single language as the official language in a country with multiple identities, faith and language. Since then, the attempt has been to create a new identity for Pakistani people—that of Arabic descent.

This move got a fillip during the Zia-ul Haq regime and the Afghan Jihad days with Saudi funding filling up the coffers for negating an Asian identity which revealed the true identity of Pakistan—once an integral part of India with its rich historical, cultural and religious legacy.

The historical links are undeniable—the Indus Valley civilisation is as much part of India as of Pakistan. Urdu remains an integral part of Indian culture. So is Punjabi and various languages and traditions which Pakistani state is doing its best to negate. Making Arabic compulsory in primary schools is yet another disparate move to create a false identity—that of Arabic.

The Imran Khan government’s arguments for making such a move when the country is riddled with far more graver issues are facile. Many believe it to be a poor effort to please the Saudi royals who are miffed at Pakistan for various reasons. Respected columnist and physicist, Pervez Hoodbhoy, lambasted the government in a strident newspaper column: “In forcing kids to learn Arabic, all those sitting in Pakistan’s Senate — with just a single exception — forgot that they are Pakistanis first and that Pakistan was made for Pakistanis. Rather than behave as sniveling cultural orphans seeking shelter in a rich uncle’s house, they need to take pride in the diversity and strength of the myriad local cultures and languages that make this land and its people.“

The only exception which Mr Hoodbhoy has referred to was Senator Raza Rabbani of Pakistan People’s Party who, opposing the move in the Assembly, pointed out that  “in the name of Islam,” a definite group of self-righteous types have been consistently trying to “enforce Arab culture” on Pakistan, while arrogantly disregarding the roots and distinctive features of our centuries old civilization. He rightly cautioned that such attempts were viewed with great suspicion by Sindhis, Baloch and Pashtuns  who strongly felt that “religiosity” was being employed to suppress their historic identities. Such attempts also led to the creation of Bangladesh in 1971.

Several others felt that forcible imposition of Arabic could help only clerics and their supporters who harbour extreme religious views and it could lead to increased sectarianism, attacks on minorities and makes it even rigid any possible rapprochement with India.

Writing in The News, a well-known linguistic historian, Dr Tariq Rahman warned that “ We all know what happens when the concerns of the clerics are passed on to the public: focus on religious controversies takes on a new life, sectarianism increases, sub-sects and their differences become the subject matter of fresh debates, the ‘Other’ is perceived with reference to religion and sect making the lives of minorities difficult and increasing anti-India sentiment predisposing the public towards war rather than peace. “