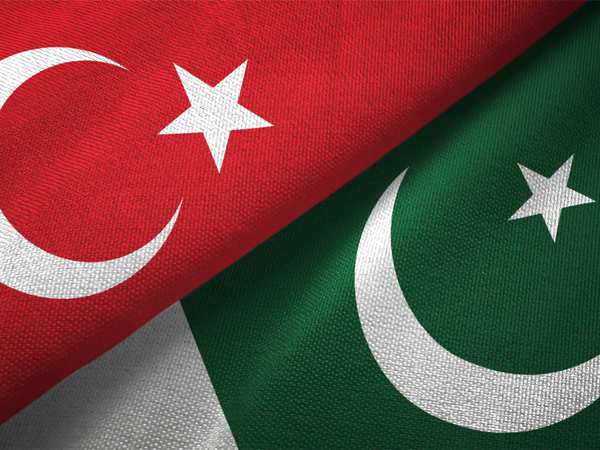 Pakistan and its closest ally in the Islamic world, Turkey, have initiated a connectivity link to strengthen their strategic partnership that could juxtapose China’s Belt and Road Initiative (BRI) and India’s Chabahar port project for movement of cargo in the Eurasian region.

The two are all set to relaunch a freight train service via Iran from Thursday after a gap of 10 years, ET has learnt. The first train will be flagged off from Turkey on March 4 and reach Islamabad's dry port on March 16. The train service operated between 2009 and 2011 but services were snapped later.

However, Turkey and Pakistan decided to relaunch the connectivity link following growing bonhomie between the two sides as Ankara plans to be the leader of the Islamic world and a regional power with Pakistan's backing.

“We have been informed by the quarters concerned that the container train would start its journey from Istanbul (Turkey) for Islamabad (Pakistan) via Zahedan (Iran) on March 4. Though the schedule will be reconfirmed in a day or two, so far March 4is the final date of departure of the train from Istanbul,” Pakistan’s leading English daily The Dawn reported on Monday, quoting a senior official of the Pakistan Railways.

“In Pakistan, ministries of foreign affairs and railways are coordinating with the Economic Cooperation Organisation (ECO) Secretariat that is also in contact with the respective departments/ministries of Turkey and Iran,” the official added.

Since the train will complete the one-side trip in 12 days, it is expected to reach Islamabad dry port on March 16. “Pakistan Railways also plans to resume this train operation from 19th, as it is currently booking cargo for Iran and Turkey,” the official added.

It may be recalled that India and Iran are in talks to build a railway link from ChabaharPort to Zahedan.

During Prime Minister Narendra Modi’s visit to Iran in May 2016, an MoU was signed between Indian government-owned engineering and construction firm IrconInternational and Iranian Railways’ Construction & Development of Transportation Infrastructures Co for construction of the Chabahar-ZahedanRailway Project, minister of state for external affairs V Muraleedharan had said in reply to a query in Lok Sabha last year.

The two sides remain engaged on this matter. India and Iran continue to cooperate on developmental projects in Iran, including the Chabahar-Zahedanrailway line, the minister had said then. Indian presence in the Chabahar Port has been expanding and there are reports that India plans to restart oil imports from Iran.

According to Pakistan Railways, the first train from Islamabad to Istanbul was inaugurated on August 14, 2009, while the first train from Istanbul to Islamabad dry port reached on August 13, 2010. So far, eight trains have been dispatched from Pakistan to Turkey, with the last leaving the Lahore dry port on November 5, 2011. This predates the BRI and initiatives proposed by China under it in the Eurasian region. Turkey did not harbour ambitions of a player in Eurasia when the train last operated.