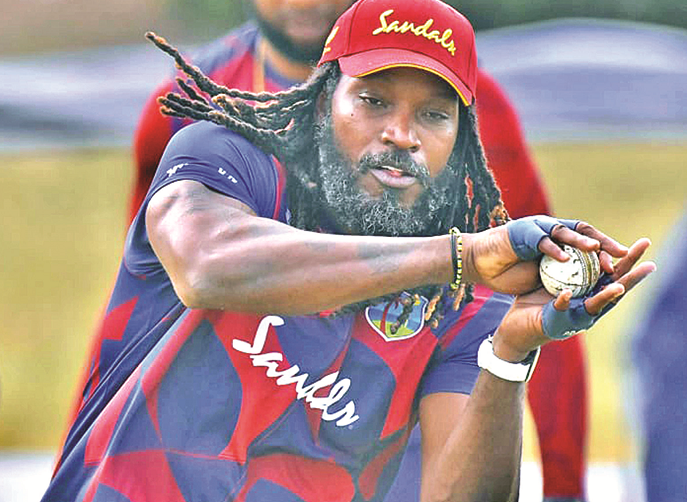 West Indian legendary batsman Chris Gayle on Monday said that he is ready to act as a mentor if he gets the opportunity in the coming days by Cricket West Indies.

Gayle, 41, returned home from the middle of the Pakistan Super League 2021 season to report for national duty after being picked for the T20Is against Sri Lanka and the Universe Boss added that he is ready to contribute as a mentor in future.

The 41-year-old was named in the Windies' 14-man squad for the three-game T20 international series against Sri Lanka, which starts in Antigua on Wednesday.Gayle, who was part of the World Twenty20-winning sides in both 2012 and 2016, played the last of his 58 T20 internationals against England in March 2019.

“I don’t mind playing the particular role of being the mentor, as I think my mind still has a lot to offer, within the game, to the players as well,” said Gayle when he was asked whether he is considering mentoring as a future option.

“Not only younger players, but even to the senior players, as I would love to share it (experience), I don’t want to keep it all to myself, because I’m a pretty good reader of the game, and I can share a lot of things I can, like, things I’ve picked from the other players.

“And from the batting point of view, I would like to share them as well; like I said, not only with the youngsters, but even with the seniors' players, because I’m very good at that, as I’m good at analyzing situations, and I can try and exploit it to them, and it will be upon them, to actually how to go at it, when I give my support towards them,” he added.

Gayle said he is focused on the "bigger picture" of winning a third T20 world title with the West Indies later this year. The Windies will attempt to defend their title in India in October and November.

“I want to accomplish, starting off by winning the series, but the bigger picture is actually to get three T20 titles under my belt,” said Gayle.

“The World Cup is still a long way off but by the time you quint (blink), it's World Cup time.”

His record tally of 22 centuries in all T20 cricket is 14 more than anyone else -- the Australian trio of David Warner, Aaron Finch and Michael Klinger have all struck eight.

“I want to win the series,” Gayle added. “I want to get off to a good start.

“It's really good to be back. Hopefully I can perform, help the team, and put the team in a winning position.”