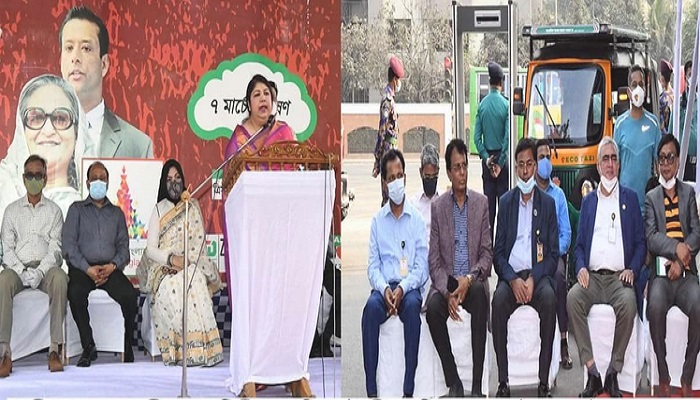 Pita will be screened for the common people at South Plaza of Jatiya Sangsad premises in the whole month of March.

Speaking as the chief guest, Shirin Sharmin termed the initiative to project the video on March 7 speech time-befitting.

She underscored need for projecting other videos on Bangabandhu to enable young generation to know life and works of the great leader.