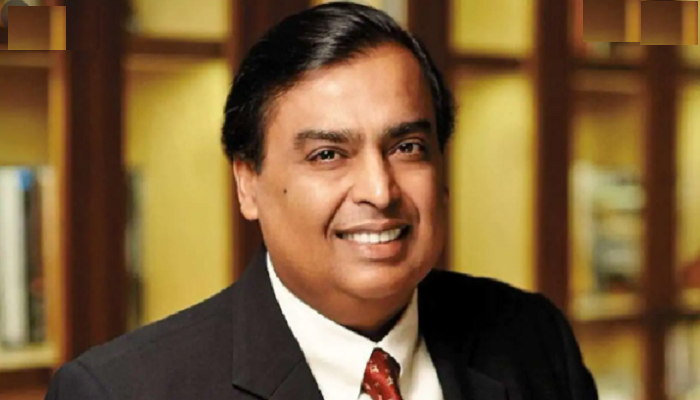 India’s Mukesh Ambani is back to being the wealthiest person in Asia, foreign media reported.

Despite a brutal week for markets, his Reliance Industries Ltd. was relatively unscathed as it said it would spin off its oil-to-chemicals business into an independent unit. With a net worth of about $80 billion, Ambani is again richer than Zhong Shanshan, whose bottled-water company tanked a record 20% this week. The Chinese tycoon is worth $76.6 billion, down more than $22 billion from a peak just last week, according to the Bloomberg Billionaires Index

Ambani spent most of the past two years leading the ranking of Asia’s richest people, taking over from Alibaba Group Holding Ltd.’s Jack Ma. Then the listing of two companies put Zhong on the map: He grabbed the title from Ambani at the end of December and by early 2021 was the sixth-wealthiest person on Earth, surpassing Warren Buffett. Zhong’s Nongfu Spring Co. more than tripled from its initial public offering to a peak in January as investors flocked to consumer shares, while his vaccine maker, Beijing Wantai Biological Pharmacy Enterprise Co., surged as much as 3,757%.

But the rally faded as the Hong Kong and Chinese stock markets were among the world’s biggest decliners this week. Nongfu shares have erased their gains for the year, while Wantai’s posted a record monthly plunge.

Ambani has focused on pivoting his empire to tech and e-commerce, moving away from energy. Last year, he sold stakes in Reliance’s digital and retail units worth $27 billion to investors including Google and Facebook Inc., lifting his fortune by $18 billion. The spinoff announced this week of the oil-to-chemicals unit -- which accounted for more than 60% of the conglomerate’s revenue in the last fiscal year -- will help the tycoon bring in more investors and expedite a proposed stake sale to Saudi Arabian Oil Co.

Zhong and Ambani are not the only two swapping titles lately. Tesla Inc.’s Elon Musk became the world’s richest person at the start of January before Amazon.com Inc.’s Jeff Bezos regained the No. 1 spot earlier this month as shares of the electronic-car maker tanked.

Musk lost $15 billion on Monday alone after he tweeted that the prices of cryptocurrencies seemed high -- just two weeks after Tesla said it invested $1.5 billion in Bitcoin.