Arsenal hit back to beat Leicester, Bale stars for Spurs 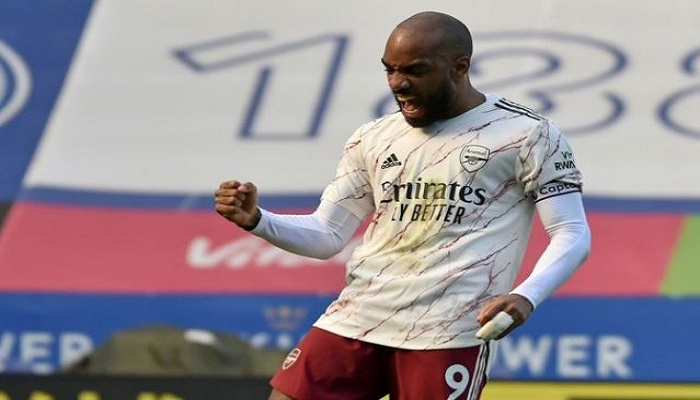 Arsenal delivered a hammer blow to Leicester's faint hopes of winning the Premier League with an impressive 3-1 win, while the revitalised Gareth Bale struck twice in Tottenham's 4-0 rout of Burnley on Sunday.

Nicolas Pepe's second half goal sealed the Gunners' second win in their last six league games and their first success at a team in the Premier League's top three since 2015.

After Thursday's shock Europa League exit against Slavia Prague, it was a week to forget for Leicester manager Brendan Rodgers.

With Arsenal stuck in mid-table, Arteta has prioritised winning the Europa League as his side's only hope of qualifying for next season's Champions League.

Having picked his best team for the come-from-behind win against Benfica in the last 32 second leg on Thursday, Arteta left Pierre-Emerick Aubameyang and Bukayo Saka on the bench after the long trip back from the neutral venue in Greece.

Leicester opened the scoring in the seventh minute when Tielemans broke into the Arsenal area before drilling a low strike into the far corner.

Arsenal drew level in the 39th minute as Willian's out-swinging free-kick arrowed towards Luiz and the defender stooped to head home from 10 yards.

They were ahead in stoppage-time when Pepe's cross hit Wilfred Ndidi's out-stretched arm and VAR ruled the block had taken place just inside the area.

Lacazette stepped up to slam the penalty past Schmeichel for his 11th goal of the season.

Arsenal landed the knockout punch in the 52nd minute as Willian's cutback was perfectly placed for Pepe to tap into the empty net.

"Coming into this game I was concerned. We've played a lot of games. But let's not talk about fatigue. We just got on with it," Arteta said.

"They're one of the most dangerous teams in the league to play once you go behind against them. The reaction was terrific, the team looked really mature. We played some excellent stuff."

Harvey Barnes joined Leicester's growing injury list in the second half and Rodgers revealed the midfielder needs a knee operation that will keep him out for six weeks.

After five defeats in their previous six league games, Tottenham eased the pressure on Jose Mourinho with a significant contribution from Bale, who made just his third league start of the season.

The Wales forward's most impressive display since his season-long loan move from Real Madrid gave him four goals in his last four appearances.

Bale, who had clashed with Tottenham boss Mourinho over his fitness earlier in February, took just 68 seconds to showcase his quality.

In the 15th minute, Bale's superb long pass picked out Harry Kane's run and the England captain's shot deflected off James Tarkowski for his 22nd goal of the season.

Lucas Moura netted with a predatory finish after Sergio Reguillon's cross was deflected into the Brazilian's path by Tarkowski in the 31st minute.

Bale was finally giving a glimpse of the talent that once made him the world's most expensive player.

The four-time Champions league winner, in his second spell with Tottenham after leaving for Madrid in 2013, scored again with a cool strike from Son's 55th minute pass.

Tottenham are up to eighth as they try to climb back into the battle for a top four finish.

In Sunday's other early match, Fulham had to settle for a 0-0 draw at Crystal Palace.

Third bottom Fulham are three points behind fourth bottom Newcastle in the fight to avoid relegation.