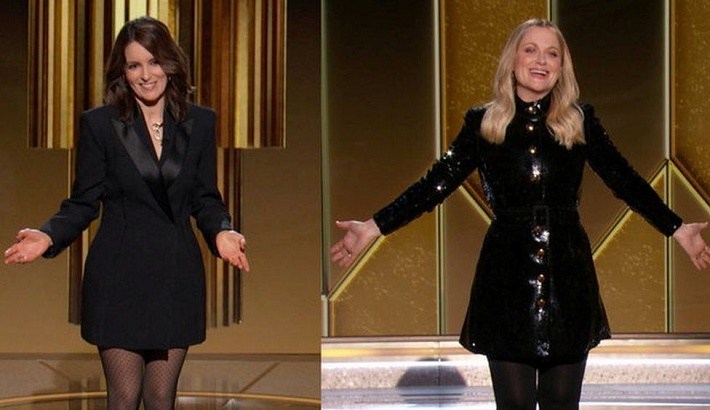 The Golden Globe Awards are under way, with Amy Poehler and Tina Fey hosting proceedings from Los Angeles and New York.

The ceremony, which recognises excellence in film and television, is being held virtually this year because of the coronavirus pandemic.

It is the first major event of awards season, and often a good indicator of which films will go on to Oscar glory.

Mank, Nomadland and The Father are among this year's most nominated films.

While nominees dialled in from home, the live audience was made up of frontline workers and first responders.

British actor Daniel Kaluuya was among the early victors, winning best supporting actor for his performance in Judas and the Black Messiah.

Kaluuya plays US activist Fred Hampton in the film, the chairman of the Black Panther Party who was assassinated in 1969 at the age of 21.