OIC happy with facilities in Bhasan Char for Rohingyas 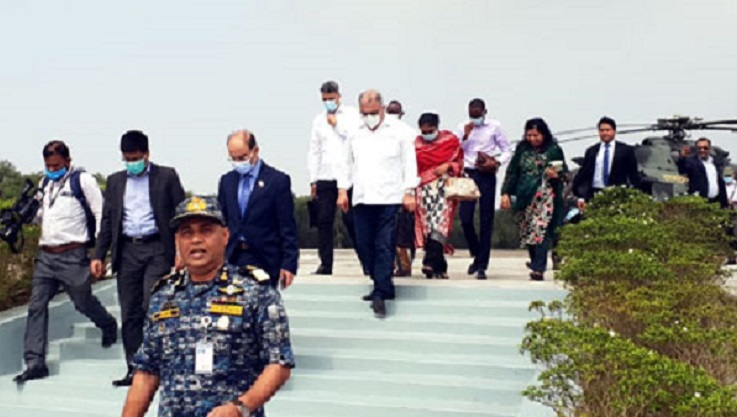 The Organisation of Islamic Cooperation (OIC) has expressed satisfaction at the physical infrastructure in Bhasan Char as well as the adequate facilities provided by the Bangladesh government for Rohingyas.

During the visit, the OIC Assistant Secretary General for Political Affairs praised the government of Bangladesh for the continued humanitarian contributions and providing temporary shelter to the persecuted Rohingyas of Myanmar.

While visiting the Bhasan Char, the OIC delegation discussed overall situation of Rohingyas residing in Bhasan Char with the relevant stakeholders, and also interacted with the Rohingya people.

Later, the OIC delegation visited the Kutupalong Rohingya Camp in Cox’s Bazar, and met the Rohingyas.

The Rohingyas, now living in Bhasan Char, want to see a peaceful environment in Myanmar with the restoration of their basic rights for their early return despite what they say having a far better place than the congested camps in Cox’s Bazar.

Fayez is one of the over 8,000 Rohingyas who willingly have shifted to Bhasan Char in search of a better place, including safety and security.

“I’m here with my wife, three children and my mother-in-law,” said the young Rohingya man who entered Bangladesh in 2017 amid military crackdowns in Rakhine State.

The numerous challenges associated with the temporary hosting of persecuted Rohingyas from Myanmar have compelled the government of Bangladesh to plan the relocation of 100,000 Rohingyas to Bhasan Char, Bangladesh says.

On January 16, 2018, Bangladesh and Myanmar signed a document on ‘Physical Arrangement’, which was supposed to facilitate the return of Rohingyas to their homeland.

Bangladesh says the Rohingyas do not trust their government, and Bangladesh gave a number of proposals to build trust among them.

Bangladesh is trying in multiple ways -- bilaterally, multilaterally, tri-laterally and through the judicial system -- to find a lasting solution to the Rohingya crisis.