LDC Graduation: A Day to Rejoice 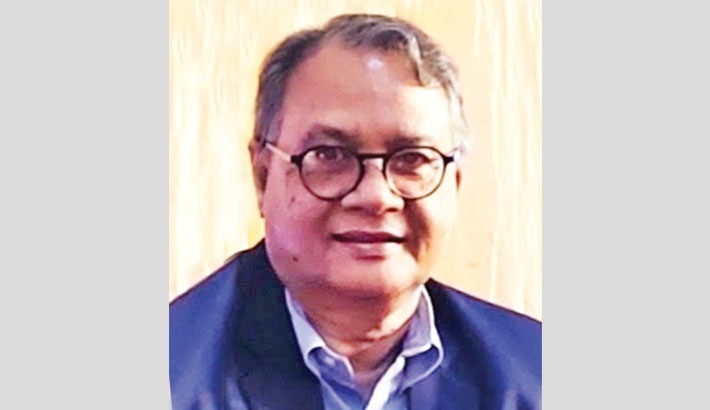 After about fifty years of independence, Bangladesh is successfully going to be graduated from the status of ‘Least Developed Country’ to a developing country. On Friday night, the United Nations Committee for Development Policy has recommended Bangladesh's graduation from Least Developed Country (LDC) status on the basis of its findings that Bangladesh has met all three eligibility criteria for graduation. The eligibility for graduation includes meeting two of the three LDC identification criteria: per capita gross national income (GNI), the human assets index (HAI), and the economic vulnerability index (EVI).

The process of graduation is long drawn as the graduating country must meet eligibility criteria at two consecutive triennial reviews. After a country is found to be eligible for graduation for the first time, the UN Department of Economic and

Social Affairs (DESA) undertakes a futuristic impact assessment, and the UN Conference on Trade and Development (UNCTAD) prepares a vulnerability profile of that country which serves as inputs to the decision-making process of the Committee for Development Policy (CDP). In the next triennial review, the prospective country is invited to present its views on the possibility of graduation at the CDP expert group meeting. As a next step, CDP recommends the country for graduation on the basis of the LDC criteria and the information provided by the country herself, UN/DESA and UNCTAD. The recommendation is then to be endorsed by the Economic and Social Council (ECOSOC) and later acknowledged by the UN General Assembly. Finally, the graduation comes into effect three years after the decision by the General Assembly.

Bangladesh has achieved this great feat in the 50th year of her birth. This is no mean achievement for the country and its ever-resilient and enterprising people. The last fifty years have been marred by many ups and downs in the political, social and economic arenas. The country was subjected to full and quasi-military rule for a number of years that began with the murder of the founding Father of the Nation, Bangabandhu Sheikh Mujibur Rahman.

Here it needs to be mentioned that everything was in shambles when the country was liberated in December 1971. About 10 million refugees went to India during the war. They were to be brought back and rehabilitated. Repair and reconstruction of the nearly destroyed infrastructure of rail and road communication was posed to be another daunting task. During the liberation war, the economy of the country came to a standstill. Moving forward the wheels of the economy and putting it on the growth path was the other urgent task that needed government interventions. Here it needs to be mentioned that several industries and businesses were owned by the Pakistanis who abandoned them and left for Pakistan. The government took them over and started running them under state management. Slowly the economy started to move forward and was gaining momentum. However, the gained momentum was lost after the assassination of Bangabandhu.

With the return to democracy in the ’90s of the last century, things were changing for the better for Bangladesh. The wheels of the economy started moving at a faster rate than before. Since then, Bangladesh has travelled a long way, particularly in the economic sector. In 1972, per capita income was less than US$ 100 and now according to a report, it has risen to US$ 2,064 in FY 2020, up from US$ 1,909 registered in 2018-19. In all these years, according to a World Bank report, Bangladesh has also made remarkable progress in reducing poverty, supported by sustained economic growth. Side by side, life expectancy, literacy rates and per capita food production have increased significantly.

According to many, the LDC graduation is going to provide Bangladesh the necessary recognition from the international community regarding her efforts and achievements in the area of development. Now, she is going to enjoy more confidence in the international financial environment. This will provide Bangladesh more opportunities to access increased financial resources from the international market which in turn will help her to further accelerate economic activities through more investment in the productive sectors. However, the LDC graduation would also pose many challenges to Bangladesh. Withdrawal of trade benefits will be one of the most important challenges. It will have an impact on the country’s exports. Here it may be noted that about 70 per cent of Bangladesh’s export enjoys preferences provided by different developed nations under the LDC criteria. However, there is a three-year transition period before the actual graduation. Moreover, special extensions are allowed depending on the individual circumstances of graduating countries. It allows countries to prepare strategies and engage with development partners to ensure smooth integration into the global economy following graduation.

Bangladesh got an extension to the transition period from three years to five years as the country and the world is in the midst of an ongoing pandemic adversely affecting the economies around the world. It will provide necessary safeguards to Bangladesh. It is perceived that once the pandemic is over or brought under control the global economy is going to bounce back with renewed vigour. Such a situation will also immensely benefit Bangladesh and its economy. In the long run, it will also help the country to move further in the economic ladder and subsequently graduate to middle income and in later years to the status of a developed country.