Has China lifted 100 million people out of poverty? 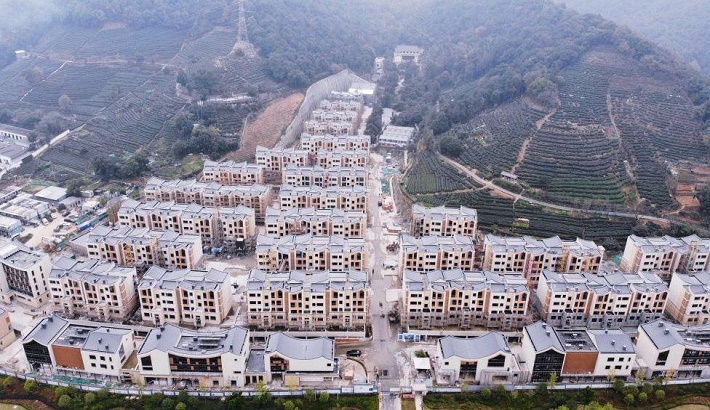 Chinese President Xi Jinping says his country has reached the ambitious goal set when he assumed office in 2012 of lifting 100 million people out of poverty.

But what has China actually achieved?

Poverty is defined by China as anyone in rural areas earning less than about $2.30 a day (adjusted for inflation). It was fixed in 2010 and looks at income but also living conditions, healthcare and education.

Provinces have been racing to reach the goal. Jiangsu, for example, announced in January last year that only 17 of its 80 million residents still lived in poverty.

The national benchmark used by the Chinese government is slightly higher than the $1.90 a day poverty line used by the World Bank to look at poverty globally.

Using these figures gives us a better standard measurement used by the World Bank across all countries.

In 1990 there were more than 750 million people in China living below the international poverty line - about two-thirds of the population.

So clearly, even in 2016 China was well on the way to reaching its target.

This suggests that overall, 745 million fewer people were living in extreme poverty in China than were 30 years ago.

World Bank figures do not take us to the present day, but the trend is certainly in line with the Chinese government's announcement.

Elsewhere in the region, Vietnam has also seen a dramatic fall in extreme poverty rates over a similar period.

Another large country, India, had 22% of its population living below the international poverty line in 2011 (the most recent data available).

China's rapid reduction in poverty went hand in hand with a long period of sustained economic growth. Much of the focus has been on the poorest rural areas.

The government has relocated millions of people from remote villages into apartment complexes. Sometimes these were built in towns and cities, but sometimes new villages were built near the old ones.

But there has been criticism that people had little choice over whether to move homes, or jobs.

Some also point out that the reason rural poverty was so widespread was because of Communist Party policies in the first place.

"There is no doubt something absolutely extraordinary has happened over the last 40 years," says the Economist's David Rennie.

However, this success in bringing people out of abject poverty is not simply down to the government, he says.

"Chinese people, by working extremely hard, lifted themselves out of poverty - in part because some of the stupidest economic policies ever created, by Chairman Mao, were abandoned in favour of versions of capitalism."

Mao Zedong, who founded the People's Republic of China in 1949, oversaw attempts to industrialise the country's peasant economy in the 1950s. His disastrous Great Leap Forward, which began in 1958, forced farmers into communes, leading to mass starvation in the countryside.

While China has made substantial work of tackling the deepest poverty first, should it be holding itself to a higher standard?

About a quarter of China's population is in poverty, according to this metric. For comparison, this is slightly higher than Brazil.

And there is widespread income equality. Last year, Chinese Premier Li Keqiang said China still had 600 million people whose monthly income was barely 1,000 yuan ($154). He said that was not enough to rent a room in a city.

However, by any measure China has made huge strides to lift millions out of the toughest standards of living over the last few decades.