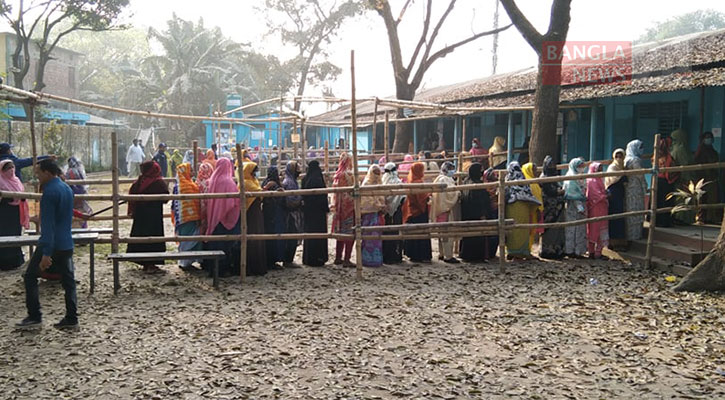 The fifth phase of voting has begun in 29 municipalities across the country where nearly 1.4 million voters are looking to elect new representatives to the posts of mayor, councillor and reserved councillor.

The polls opened at 8:00 am Sunday and voting will continue until 4:00 pm without any interruptions.

The police administration has taken adequate security measures to avert any untoward incidents.

The EC postponed elections to Jashore and Dewanganj municipalities due to the order of High Court, it said.

A total of 100 mayoral candidates, 342 councillors for reserved seats and 1,270 councillors are also battling in the general seats under the municipality polls.

A total of 300 executive magistrates and 30 judicial magistrates along with the members of Border Guard Bangladesh (BGB), police and Ansars have been deployed in the areas other than the polls centres.

Restrictions have been imposed on vehicle movement in the electoral areas under the municipality areas.

A total of 300 executive magistrates and 30 judicial magistrates along with patrolling teams of police, APBN and Ansar Battalion, 100 teams of Rapid Action Battalion, two platoons of BGB and one platoon of Coast Guard are being deployed in the municipalities for holding the elections peacefully.