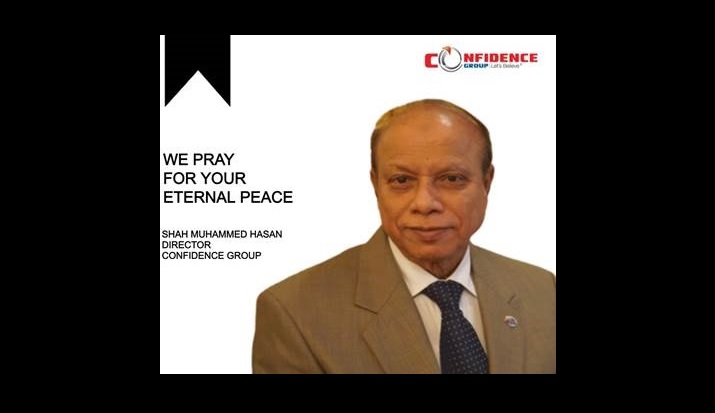 Confidence Group has condoled the death of its director Mr Shah Muhammed Hasan and has sought eternal peace for the departed soul.

Mr. Hasan passed away last night (26th February 2021) around 9:00 PM at Evercare Hospital, Dhaka due to complications in the lungs.

Mr. Hasan’s Namaj-e-Janazah (funeral prayer) was held at 8:30 AM today (27th February 2021) at Naval Graveyard, Banani. His burial will take place today at his village home in Cumilla.

“Mr. Hasan was born on 21st April 1949 in Cumilla. He graduated from the prestigious University of Karachi. Mr. Hasan began his career in government service in 1967. After serving for nine years, he retired from his services and joined Bangladesh Inland Water Transportation Authority (BITWA) as the Commander of Survey Vessels in 1977. Later he joined the Chittagong Port Authority in the Marine Department in 1979. He started his entrepreneurial career in 1984, with a shipping and CNF business called Mariners Bangladesh Ltd, the message added.