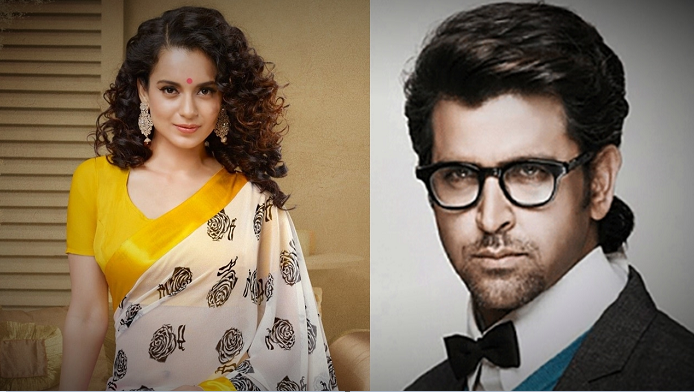 Actor Hrithik Roshan today visited the office of the Mumbai Police Commissioner to record his statement with the Crime Branch in connection with his 2016 complaint that someone impersonating him had been sending mails to actor Kangana Ranaut, using a bogus mail id.

In 2016, Mr Roshan had sent a legal notice to Ms Ranaut - his co-star in Kites and Krrish-3 - following a public fight on social media over her referring to him as "silly ex". He had denied having any relationship with the national award-winning actress. He also claimed that Ms Ranaut had sent him hundreds of absurd emails.

Later, Mr Roshan filed a complaint alleging that someone impersonating him had been sending emails to Ms Ranaut between 2013 and 2014.

A case under sections of laws that deal with cheating, identity theft, cheating by impersonation using computer resources, was registered over Mr Roshan's complaint.

In 2016, the Cyber Cell had also taken Mr Roshan's laptop and phone for investigation.

In December last year, Roshan's lawyer had approached the Mumbai police commissioner regarding the pending probe, after which it was transferred to the Crime Branch's Crime Intelligence Unit.
On Friday, Ms Ranaut took a jibe at Hrithik Roshan over the summons by the crime branch to record his statement.

"The world has moved on but the 'silly ex' is at the same turn where he didn't want to return," she tweeted in Hindi.