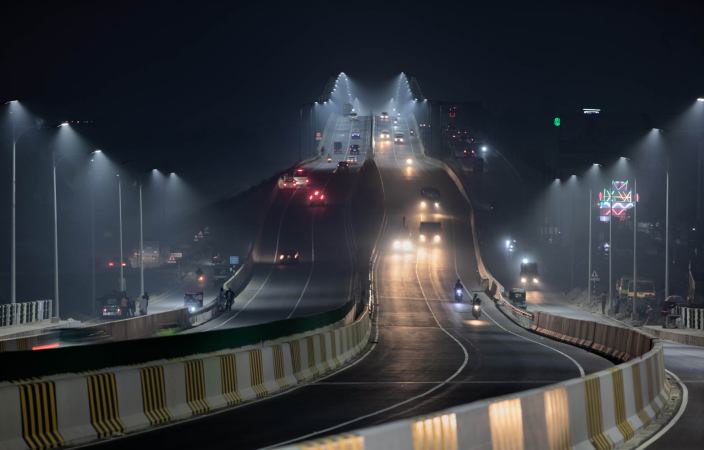 Bangladesh is set to get final recommendation for its graduation to a developing country from the Committee for Development Policy (CDP) of the United Nations.

The CDP in its second triennial review assessed the economy of Bangladesh and found that the country met all the three criteria comfortably for graduation to a developing country.

Sources concerned said the CDP was scheduled to recommend taking Bangladesh out from the list of the least-developed countries (LDCs) on Friday night.

Marking the auspicious occasion, Prime Minister Sheikh Hasina will share the great news with the people of the country through a press conference on Saturday afternoon.

PM’s Press Secretary Ihsanul Karim said, “The prime minister will talk about Bangladesh on its receiving the UN’s final recommendation for graduation from the LDC status.”

“The premier will virtually address the press conference, which will begin at 4:00pm, from her official residence Ganabhaban,” said the PM’s press secretary.

Prime Minister Sheikh Hasina is going to hold the press conference for the first time since the coronavirus outbreak in the country last year.

Bangladesh had been categorized as a LDC by the UN since 1975. On March 16 in 2018, the CDP in its triennial review meeting cleared Bangladesh’s eligibility for graduation to a developing nation as the country fulfilled all the criteria.

Bangladesh has to get recommendation of the CDP again as a country must be found eligible for the gradation to be recommended in two successive triennial reviews.

The triennial review meeting of the CDP began on February 22 this year. The final decision is scheduled to be announced on Friday night.

The CDP focuses on three indexes while reviewing the prospects of a country’s graduation to a developing nation. Bangladesh has met the criteria in all three indexes, including Gross National Income (GNI) per capita, Human Assets Index (HAI) and Economic Vulnerability Index (EVI).

According to the UN, a country is eligible for graduation from the LDC stats if it has a GNI per capita of $1,230 or above for three years, a HAI of 66 or above and an EVI of 32 or below.

As per the rules of the CDP, a country can enjoy three to five-year long preparatory period after graduation from the LDC status.

If Bangladesh gets five-year preparatory period for graduation after CDP recommendation, the country will formally graduate from the LDC status in 2026.

During the preparatory period, Bangladesh will be entitled to enjoy all the international facilities reserved for LDCs. In addition, as per the existing provisions, the country will also remain eligible for enjoying duty free and quota-free access to the European Union market for three more years till 2029.

The concept of LDCs originated in the late 1960s, the first group of LDCs was listed by the UN back in 1971. While there were 25 countries in the list of LDCs, the number has grown to 46 now. Bangladesh was first listed as an LDC in 1975.

During this year’s triennial review, the CDP is scheduled to assess the graduation progress of four more countries in addition to Bangladesh. They are Nepal, Myanmar, Lao PDR and Timor-Leste.