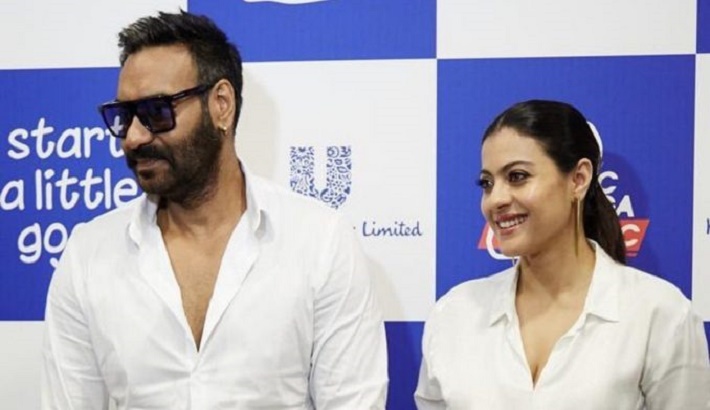 Bollywood couple Kajol and Ajay Devgn on Wednesday shared messages on social media to mark their marriage anniversary. The two had tied the knot on February 24, 1999.

“And you sir, you’re very attractive. Therefore, I will stare at you!” – Anonymous & Me @ajaydevgn #22years #stillgoing #grateful #laughingalways,” Kajol posted on Twitter along with a throwback picture of the two, gazing into each other’s eyes.

Ajay posted a picture of a wine bottle with a picture of the two and the words “Battled in 1999 Only edition” written on it.

Ajay’s upcoming film is MayDay, which he also directs and produces. The film co-stars Amitabh Bachchan and Rakulpreet Singh.