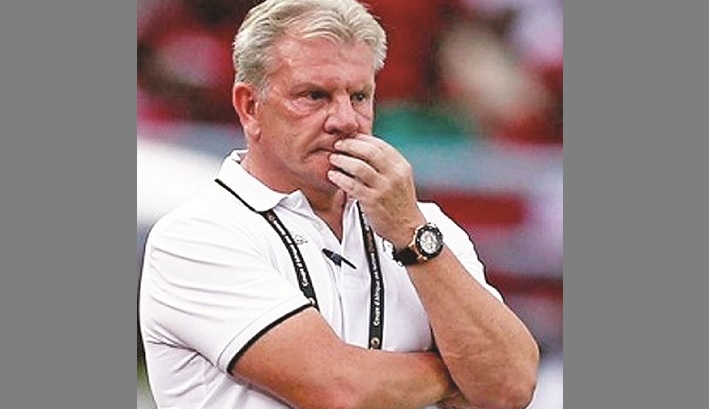 “It was his (Paul) personal decision. He told us that he has decided due to family reasons. The club has nothing to do in this case,” he said.

Sumon said their local coach Zulfiker Mahmud Mintu will take the charge of the team until they appoint a new coach.

Paul, who coached five national teams including Gambia, Burkina Faso, Jordan, Kenya and Guinea as well as many clubs, joined the Bangladeshi side last October.

His career was full of controversies as the Belgian was handed a three-year suspension by Royal Belgian Football Association for his alleged involvement in a match-fixing scandal in 2007.

He was also sacked and received a lifetime ban by Guinea Football Federation in 2019 due to breaching the institution's code of ethics and code of discipline.

Paul, who replaced Serbian-born Croatian Drago Mamic, took Saif SC to the Federation Cup final for the first time in January this year where they lost to Bashundhara Kings 0-1.

Saif SC are currently in fifth place in the ongoing Bangladesh Premier League with 16 points from 10 games.