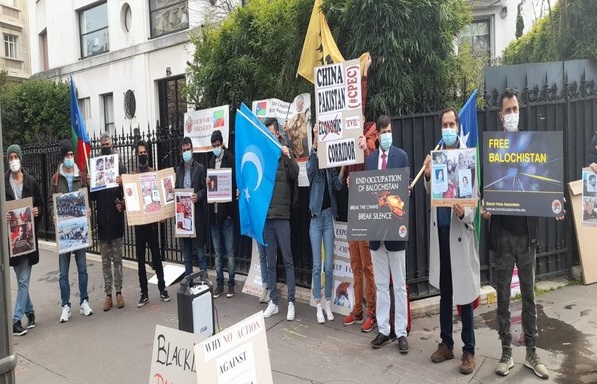 A pro-Tibet group named Global Alliance For Tibet and Persecuted Minorities (GMPM) has scheduled a panel discussion on February 28 to highlight the ongoing human right abuses in Tibet, East Turkistan and Hong Kong.

The topic for the online discussion will be “China: Struggle For Political Freedom in Tibet, East Turkistan and Hong Kong.” The event will take place on Sunday at 03:30 pm (GMT).

The Chinese government has increased its “groundless prosecutions” with long prison sentences for Uyghurs and other minority communities in recent years in China’s Xinjiang province, according to the Human Rights Watch (HRW).

HRW, a non-governmental body that conducts research and advocacy on human rights said that since the Chinese government escalated its repressive “Strike Hard Campaign against Violent Terrorism” in late 2016, the region’s formal criminal justice system has convicted and sentenced more than 250,000 people.

Aside from Xinjiang, the international community has raised concerns over China’s human rights record on issues in Hong Kong and Tibet.

Earlier this week, scores of exiled journalists, human rights activists, and Uyghurs on Tuesday had gathered at the Financial Action Task Force (FATF) headquarters in Paris to persuade the anti-terror financing organisation to place Pakistan on the blacklist.

“We have gathered here outside the FATF building as it will be meeting next week to discuss and review the case of Pakistan to make it remain under grey list or put it in the black-list. The idea of protest was to gather dissidents from Balochistan, Pashtun areas, Tibet, Hong Kong and Uyghur community to build a united front and to remind people of Pakistan-China nexus,” said Taha Siddiqui, Pakistani journalist in exile and editor of South Asia press. (ANI)