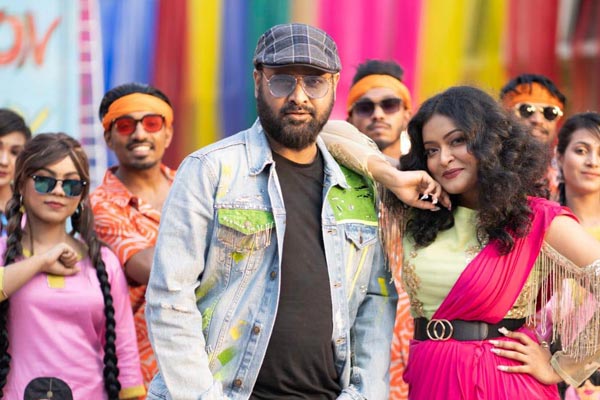 Lyricist, music director and singer Shafiq Tuhin and singer Ayesha Mousumi have lent their voice to an 18 years old song titled ‘Buk Chin Chin Korche Hai’ from the film ‘Bastob’ (2003). The titled of the new version of the song is ‘Buk Chin Chin 2.0’.

Written by Kabir Bakul, the original song was sung by Andrew Kishore and Doly Sayontoni. Popular actors Manna and Purnima were lip-synced to the song. The new version’s music is arranged by Alvi Al Biruni.

Under the banner of Anupam Records, the shooting of this big-budget music video has been completed at Bangladesh Film Development Corporation (BFDC) recently. Choreographer Habib has made the video while Shupto and Shakila Parvin will be seen in the music video along with the singers.

About the song, Shafiq Tuhin and Ayesha Mousumi said, “We are very happy to lend our voice to this popular song. Our main aim is to introduce the old legendary Bangla movie songs to the new generation. That’s why we have lent our voice to the song with new arrangement. The music video of the song is also very attractive. Hopefully, ‘Buk Chin Chin 2.0’ will be another smash hit.”

The song will be released on the YouTube channel of Anupam Music soon.