Vietnam builds up defences against China in Spratly Islands 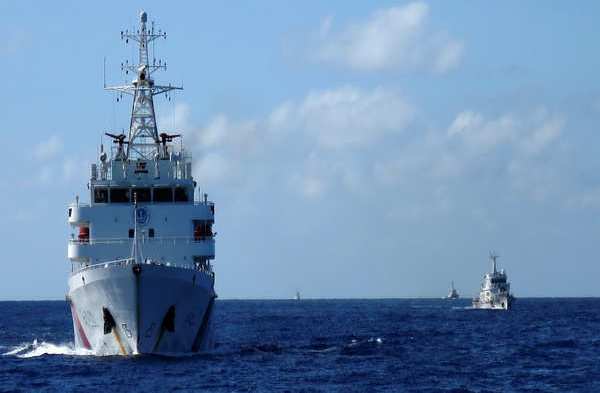 Amid the growing activities in the South China Sea region by Beijing, Vietnam has been building up its defences in the Spratly Islands for the past two years "to ensure it can strike Chinese facilities".

Citing the Centre for Strategic and International Studies' Asia Maritime Transparency Initiative's report, South China Morning Post said that emplacements for air and coastal defence systems have been installed on most of Vietnam's bases in the Spratly islands, with the most significant upgrades at West Reef and Sin Cowe Island.

The report further stated that the building work by Vietnam is to emphasise its stance against China and also to ensure that the Chinese bases were within striking range.

According to the report, the recent upgrades at West Reef and Sin Cowe "follow established patterns seen at other Vietnamese outposts in the Spratlys", the SCMP said.

"The coastal defence installations - concrete emplacements often connected to a bunker - are ubiquitous at Vietnam's larger outposts," the report said.

"In the past two years, West Reef has seen significant new construction, including several coastal defense installations, administrative buildings, concrete pads and bunkers, and a large tower structure presumably for communications or signals intelligence. The northern and southern tips of the island also saw the construction of a tunnel network similar to those on other Vietnamese features, as well as the planting of vegetation," it read.

The report further said that Sin Cowe Island has seen significant upgrades over the last two years, most notably the construction of an array of defensive installations along the coastline.

"This work began in 2019 and is concentrated on the roughly 26 acres of reclaimed land built between 2013 and 2016. The reclaimed area on the north side of Sin Cowe, vegetated in images from 2018, was cleared for the construction of new tunnels and coastal fortifications," it added.

In the past two years, signal towers and administrative buildings have been installed on the 28.3 hectares (70 acres) of land at West Reef, which was reclaimed from 2013 to 2016, SCMP quoted the think tank.

Vietnam has also carried out recent works at Pearson Reef and Namyit Island such as installing additional radome, housing unknown sensing or communications systems, as well as several administrative buildings.

"The small size of these systems would make them easy to quickly deploy and conceal. They require minimal supporting infrastructure and could be fired ... probably from any other reasonably flat, hard surface... "That means they could easily be present at any, or all, of Vietnam's 10 largest islets," the report said.

The South China Sea is grouped into three archipelagos including the Paracel Islands and Spratly Islands. China claims almost the entire South China Sea as its sovereign territory, and it has aggressively asserted its stake in recent years.

Paracel island is disputed between China, Taiwan, and Vietnam. It has been occupied by China.

Meanwhile, Spratly island is claimed by China, Taiwan, Vietnam, Malaysia, the Philippines, and to a lesser degree, Brunei.