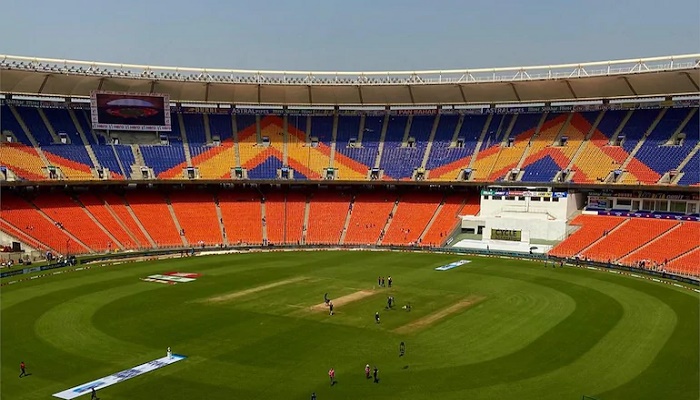 The Sardar Patel Stadium in Motera, Ahmedabad, was renamed as the Narendra Modi Stadium on Wednesday. The stadium, popularly known as the Motera Stadium, was recently re-opened after extensive renovation which increased seating capacity to a record 1,10,000.

It hosts its first international cricket match on Wednesday with India taking on England in a day-night Test match.

The stadium's new name was announced during an inauguration ceremony that was attended by President Ram Nath Kovind, Home Minister Amit Shah, Sports Minister Kiren Rijiju, Gujarat Governor Acharya Devvrat, and Board of Control for Cricket in India (BCCI) Secretary Jay Shah among others.

The stadium is located within the larger Sardar Vallabhbhai Patel Sports Enclave which will have facilities for Olympic sports.

Among the facilities that are set to be included in the enclave in addition to the cricket stadium is a multi-purpose stadium for athletics and football, a hockey stadium and outdoor practice fields.

The enclave is also slated to include a host of indoor facilities including a swimming pool and velodrome along with facilities for beach volleyball and a boating centre.

The MCG has a maximum seating capacity of 1,00,024. It is also the second largest stadium in the world overall, behind Rungrado 1st of May stadium in Pyonyang, North Korea, which has an estimated capacity of nearly 1,15,000.