Four die in Sweden after falling through ice on lake 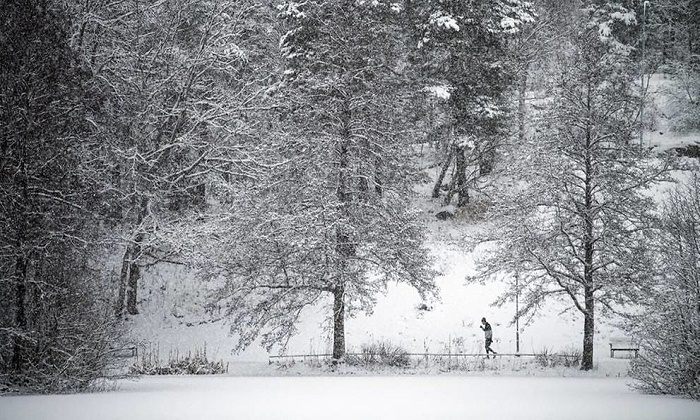 Four people were killed when they fell through the ice on a lake in southern Sweden on Thursday, police said, as the country experiences a spell of unseasonably mild weather.

Four men aged between 65 and 75 were found in a hole in the ice on Savsjo lake, south of the town of Jonkoping, and could not be resuscitated after being pulled out of the water, a local police spokesperson told AFP.

The exact circumstances of the incident were yet to be determined, she said.

Accidents caused by people walking across unstable ice are common in Sweden, but it is rare for the death toll to be so high.

After several weeks of intense cold throughout most of the country, which drew walkers to frozen lakes and estuaries, parts of Sweden have seen a rapid hike in temperature over the past few days.

A national heat record for February was set on Thursday, according to the Swedish Meteorological and Hydrological Institute.

A temperature of 16.8 degrees Celsius (62.2 degrees Fahrenheit) was registered in Kalmar, in the southeast of the country.