Who Will Contain Pakistani Menace? 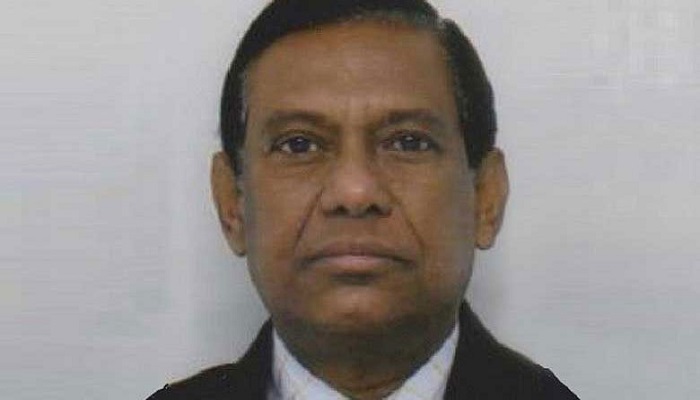 The recent report, confirming the clandestine killing of a Baluch female activist named Karima Baluch, in Canada has sparked worldwide concern and execration. Ms. Baluch had to flee Pakistan and take sanctuary in Canada in the face of threat to her life. Pakistani secret service instrumentalists posed these threat because of her voice for the cause of Baluch people. There exists cogent reason to believe that Pakistani undercover agents caused the killing. This news is very alarming indeed in that it depicts that Pakistan agents can travel beyond its territory to cause heinous crimes

Karima Baluch is not the only one to be assassinated while staying beyond Pakistani territory, one Sajid Hasan, a Baluch journalist also went missing from Sweden on 2nd March 2020 and then his corpse was found on 23rd April 2020. He fled Pakistan in 2012 being threatened by the Pakistan under cover functionaries for reporting on Pakistani atrocities in Baluchistan. He has been living in Sweden since 2017. Swedish chapter of the Reporters without Border raised concern and believe that his disappearance could have been due to his reporting on Pakistani holocaust in Baluchistan.

According to the International Human Rights NGO, Human Rights Watch, the Pakistani barbarism in Baluchistan has reached epidemic proportion. Brad Adams, the supremo of the said rights body, expressed that Pakistan government has not done enough to bring an end to the gruesome oppressions, which included torture, enforced disappearance and killings. According to unimpeachable information, Pakistani authorities have recruited Islamic militants to cause forced disappearance in Baluchistan. In the months of October 2020 alone, as many as 28 operations were carried out by Pakistani forces, resulting in the disappearance of 30 people, and the killing of some 25 persons, whose corpses were located in the province. Information relayed by Baluch National Movements information secretary, Dil Murad Baluch, vindicates the claim that Pakistani government functionaries have set up a hit squad to continue with atrocious acts against Baluch people. That squad have plundered and vandalised several houses. Those released from torture cells reported perpetration of infernal cruelty. Mr. Khalil Baluch, the chair of the Baluch National Movement, claims that Pakistan has turned Baluchistan into an altar. In his introspection Pakistani savagery in Baluchistan has ignited humanitarian crisis of frightful magnitude. Reliable sources divulge that an unprecedented spike of violence in Baluchistan has been ignited by the Pakistan forces, which has been proliferating at an alarming pace. It is further reported that Pakistani helicopters have been operational to maximise their intensity. Bodies of those killed were dragged behind army vehicles to spread panic. The volatilities are beyond comprehension.  Baluch people, who are ethnically, linguistically, culturally, historically and traditionally at sharp variance with Pakistanis,  were strongly opposed to the decision to merge Baluchistan with Pakistan in 1948.  In fact, there are reports to suggest that Baluch leaders had met Bangabandhu in London during his return from Pakistan jail in 1972 with a request to help them liberate from the clutches of Pak brutalities. Though Baluchistan’s populace is made up of several tribes, three tribes, namely the Baluch, Bramvi and the Pashtuns are the  primordial ones. In the 12th century all of them conglomerated themselves to forge a single Baluch identity. During Akbar’s rule it was brought under  Moghul suzerainty. The British imperialist rulers treated the territory as autonomous Princely state , though a British Commissioner remained at the helm of the affairs. On the eve of the eclipse of the British Raj in the sub-continent, Clement Attlee offered option to the four divisions of the region i.e. Kalat, Makran, Las Bela and Kharan, either to be  annexed with India, or Pakistan or to stay independent, in the same way options were given to other Princely states. The emergence of Pakistan on 14th August 1947 was preceded by marathon negotiation between all the parties concerned , at the conclusion the decision arrived at was to the effect that Kalat would remain independent. Indeed Mr. Jinnah declared in August 1947 before the emergence of Pakistan that Baluchistan would sail as a sovereign state. But shrewd Jinnah had a different vision in his mind, applying which, Jinnah set up an exit-less mouse trap after Pakistan achieved independence, from which device Kalat’s ruler , Ahmed Yar Khan could not unlock himself and felt obliged to sign the devastating treaty with Pakistan for annexation with the latter.  Finding his elder brother’s decision treacherous, diabolic, being tantamount to betraying the people  and as such unacceptable , Prince Abdul Karim waged war against his brother Ahmed  Yar Khan for the emancipation of Baluchistan from Pakistani yolk. Wasting no time Jinnah also sent his army to  cause foray upon  the Baluch freedom fighters. Prince Abdul Karim Khan found no stumbling block whatsoever to marshal a large fighting force to quel Pakistani onslaught, nor did he encounter  any hurdle to get the flock behind him for the liberation of Baluchistan. In consequence , the fire he set flaming, continues to lead the Baluch freedom fighters to proceed at God speed , having in their aspiration the liberation of Baluchistan. Major General Tikka Khan, nick named the butcher of Baluchistan (incidentally also butcher of Dhaka) for his deplorable and heinous acts of  Barbarism in Baluchistan, was deployed in Dhaka for accomplishing the depraved and the nefarious acts of commencing genocide in Bangladesh. Butcher Tikka Khan is no more there, but his poodles are all around to annihilate the Baluch people. They have been pursuing their bizarre aims with vicious and weird manifestation. Their barbarism is proliferating as the Baluch fighters resolve are also gaining pace.

Al Jazeera World reported that thousands have been killed in Baluchistan during the preceding years, adding that Nawab Akbar Khan Bugti a former Pakistani Minister, leader of the Bugti tribe was killed in December 2005 at the instance of Parvez Mosharaf after being abducted.

Riaz Baluch a human rights activist, living in London in exile, reported that more than 40,000 Baluch have been abducted and several thousand have been extra-judicially killed during the last 18 years. International human rights organisations are not given access to Baluchistan’s volatile areas. BBC reported that according to the figures shared by Pakistan Federal Ministry of  Human Rights, 1,000 bodies of Baluch freedom fighters have been found  during the preceding five years. Dawn, a leading Pakistan news paper, stated that over 800 of these bodies were found in Baluchistan during the last three years.  The Chairperson of International Voice of Baluch Missing Persons, Nasrulla Baluch, claims that by 2014, 18,000 Baluch were subjected to enforced disappearance.  In 2016  Pakistani Federal Ministry of Human Rights confirmed that at least  thirty six bodies were found since 2011 and that according to voice of Baluch Missing Persons,1200 dumped bodies have been traced, which did not include people caused to enforced disappearance.

Atrocities in the form of enforced disappearance, arbitrary arrest, extra-judicial killings have also been going on unabated in Sindh, mainly by the Karachi based Crime investigation Agency.

G.M. Syed, a Sindh independence leader was kept in custody until his death. Asian Human Rights Commission stated, ‘In Sindh more than 100 people were abducted and were caused to disappear, many were extra judicially killed;  many are missing.’ According to its report, people are being subjected to severe torment in torture cells.

Secretary General of the World Sindh Congress told the UN Human Rights Council on 25/9/2020 that enforced disappearance in Sindh continue persistently, stating further that during the last 36 months over 60 people were abducted. Many of them are opposed to China-Pakistan Economic Corridor (CPEC).

The situation has been aggravated with the inception of China-Pakistan Economic Corridor (CPEC), a flagship project of China’s One Belt and One Road initiative (OBOR). The port city of Gwader is in Baluchistan. This project, operated by the Chinese, has been vehemently rejected by the Baluch people, who reckon that the project shall be used as part of Pakistani authorities repressive mechanism against the people of Baluchistan, in the sense that resources of Baluchistan will be shifted to Pakistan. The Baluch nationalist assaulted Chinese engineers and attacked the Chinese Consulate in Karachi. It deserves to be reiterated that Baluchistan is Pakistan’s most resourceful province with natural gas and other minerals being in abundance. Gwader port is of enormous importance, which according to Baluch peoples claim, has been given away to China intriguously.

Persecution against the Ahmadiya in Pakistan is not a new phenomenon. It has been there ever since Pakistan’s emergence. History witnesses that Pakistan virtually compelled two universally acclaimed Ahmadiya, namely Chaudhry Sir Muhammad Zufurulla Khan, who was the first Asian to serve as the President of the International Court of Justice and Nobel Laureate, Professor Abdus Salam, to quit Pakistan.

Couple of weeks ago, a British Member of Parliament of Pakistani descent, named Mr. Emran, intimated that Pakistani authorities have been harbouring perennial wave of persecution against the Ahmadiyas.

Pitiably, the international community is not responding adequately to deter Pakistan from continuing with these reprobate activities. They ought to officially brand Pakistan as a terror exporting country, keeping in mind that Pakistan has been placed in the Gray list by Financial Action Task Force (FATF) the international body that has been set up to trace and take steps against the countries that provide sanctuary and funding to the cross border terrorists, being convinced that Pakistan has been continuing to fund terrorists.