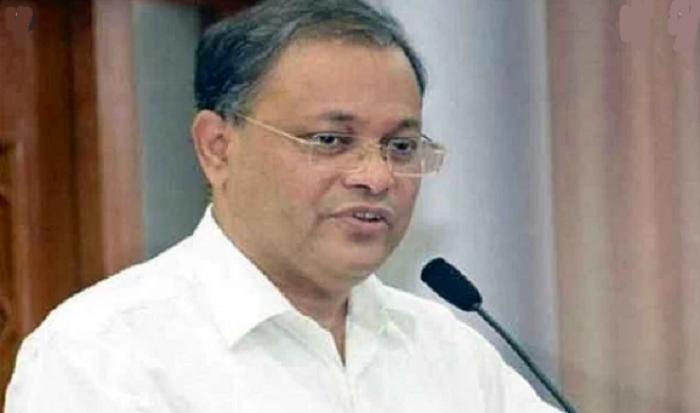 Information Minister Dr Hasan Mahmud urged all including Islamic thinkers to be united against all ill-attempts of harming the country’s culture and heritage through misinterpreting Islam.

“Teenagers are misled through misinterpreting Islam .. . And many use Islam as a stair to go to power . . . it is most important to reach to the masses that opposing sculpture, attacking on various cultural traditions of Bengal and raising question over the celebration of Pahela Baishakh are not right,” he said.

The information minister made the comments while uncovering the book ‘Santrash Noy Sampritir Dhormo Islam’ (Islam is a religion of harmony, not terrorism), compiled by Mohammad Aminul Islam at the meeting room of his ministry at Secretariat in the capital.

Hasan said Aminul, who is a well-known politician, has knowledge about Islam. At first, he ( Aminul) completed his education from Madrasha and, subsequently from Dhaka University, information minister said.

The information minister urged the Islamic thinkers to fight together against the ill-attempts of those who try to give stigma on Islam.

He said there are some political forces and some fundamentalist groups in the country who try to create confusion among the common people through misinterpreting Islam. During the Liberation War, they defended Pakistan on the pretext of defending Islam and the freedom fighters were called as ‘kafer’, he added.

Later, attempts were made to deceive the people by talking about Islam, said Hasan, also Awami League joint general secretary.

The minister said Ziaur Rahman and others, who captured the power after August 15, 1975, used Islam as shield to consolidate and stay in power.

In that continuity, Hussain Muhammad Ershad also used Islam and tempered the constitution and tried to hide his misdeeds, he said, adding that it also happened in other countries in the world as well.

Replying to a query over militancy, Hasan said the BNP leaders, when they gave speeches, sounded those leaders who gave slogans ‘Amra sobai Taliban, Bangla hobe Afghan’ (we all are Taliban, Bangla will be Afghan).

BNP, along with them, tries to put the blame of militancy on others, he added.

The information minister said no other state has been able to show the capability that Bangladesh has shown under the dynamic leadership of Prime Minister Sheikh Hasina in the fight against militancy.

He said attempts were made to carry out bomb attack at Kotalipara with the help of militants. Attacks were carried out on the rallies of Sheikh Helal and Suranjit Sen Gupta while SM Kibria was killed, he added.

The minister said the government has been able to combat the militancy.

It would be possible to root out militancy fully if BNP could not patronize militancy and could not do politics along with militants, he added.

Aminul Islam and editor of the book, which contains 92 chapters, and Mufti Mohammad Sarwar Hossain also addressed the function.

In the function, the minister put emphasis on the role of mass media to help people dream.