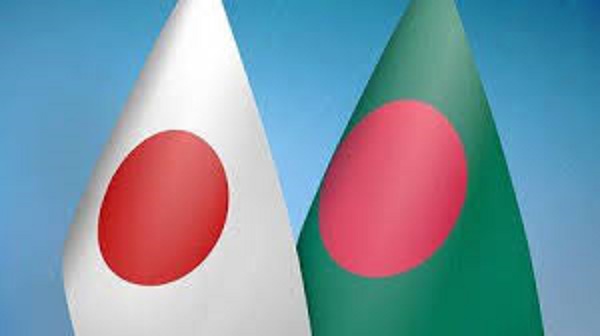 Japan and Bangladesh, who signed the comprehensive partnership agreement in 2014, have initiated discussion ways to elevate their relations to a strategic level.

Diplomatic sources said Dhaka and Tokyo on Thursday discussed give a big boost to the existing ties as the two countries are moving expeditiously to script a golden chapter in their relations in 2022.

Foreign Secretary Masud Bin Momen, who had a lengthy discussion with his Japanese counterpart Hiroshi Suzuki on Thursday, told reporters that they discussed how they can elevate the comprehensive partnership to strategic level.

During the virtual meeting that continued for over two hours, Foreign Secretary Masud said they discussed what will be the elements and building blocks of the strategic relations, and the Japanese side showed much interest to that end.

Bangladesh is all set to celebrate the golden jubilee of independence this year and the 50th anniversary of Japan-Bangladesh diplomatic relations in 2022.

Masud Bin Momen said they acould not take plan properly because of the Covid-19 pandemic situation but the two countries together will undertake several programmes to mark the 50th anniversary of establishment of diplomatic relations, including visits of two Prime Ministers in 2022.

The two countries will script a golden chapter in their relations with the establishment of strategic relations and a boost in trade and investment cooperation in 2022, the Foreign Secretary said.

He said the Japanese side discussed the issue of ‘Free and Open Indo-Pacific’ and development in the whole region.

Japan says it will have stronger cooperation with Bangladesh, especially for enhancing regional stability and connectivity in the region, as the development of Bangladesh contributes to the stability of the Indo-Pacific region.

Masud said Father of the Nation Bangabandhu Sheikh Mujibur Rahman paid an official visit to Japan from October 18 to 24 in 1973 at the invitation of the Japanese government that cemented relations between the two countries.

In addition to this bilateral proximity or economic partnership, Bangladesh is also very important to Japan from a geostrategic perspective, particularly due to its location beside the Bay of Bengal.