3rd Test: India close in on big win in Ahmedabad against England 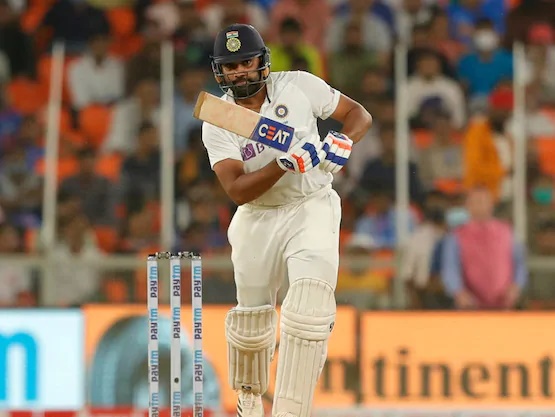 ND vs ENG Live: Rohit Sharma plays a shot on Day 2 of the 3rd Test match.

India will be aiming to reach the 49-run target set by England, on Day 2 of the ongoing third Test match, at the Narendra Modi Stadium in Ahmedabad of India.

Rohit Sharma is currently batting with Shubman Gill, and the opening duo will be eyeing for a match-winning partnership.

The visitors put in a poor display with the bat during their second innings, scoring only 81 runs.

Earlier on Day 2, India posted a first innings score of 145 in response to England's 112, taking a lead of 33 runs. The hosts began Day 2 on a poor note, losing quick wickets. For the visitors, Joe Root was in top form, registering five wickets. He took the wickets of Rishabh Pant, Washington Sundar, Patel, Ravichandran Ashwin and Jasprit Bumrah. In the meantime, Leach dismissed Rohit Sharma and Ajinkya Rahane.