Austria's chancellor calls for ‘Green Passports’ for those vaccinated against coronavirus 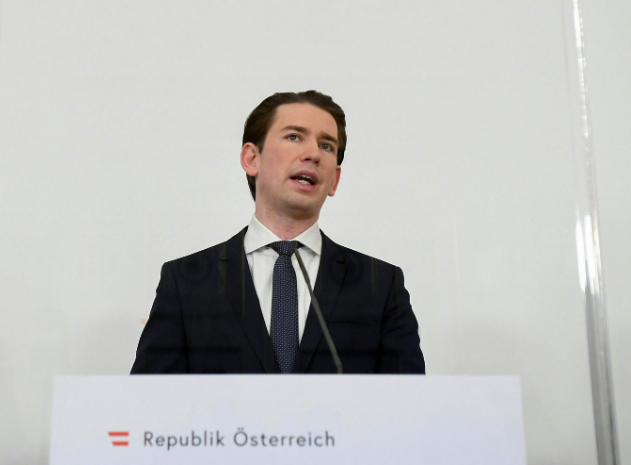 Austrian Chancellor Sebastian Kurz will push the European Union Thursday to introduce a “green passport” for people who have protection against coronavirus, he said.

“We need a 'green passport' for everyone who has either been vaccinated or has immunity, because they have just gone through coronavirus, or has taken a new (negative) test,” Kurz told journalists on Wednesday, ahead of a two-day summit with European leaders on the pandemic.

“We need freedom to travel back within the European Union, no matter if it is for business or private reasons. And we want to have the possibility to go back to cultural events, to the gastronomy, to the hotel business and enjoy it,” Kurz said.

Central Europe has become the continent's latest coronavirus hotspot, with Austria struggling to contain an outbreak of the new variant first identified in South Africa and neighboring Czech Republic facing hospital bed shortages on top of a political crisis over lockdowns.

Kurz said he would introduce his proposal at the EU summit on Thursday, and said that he hoped for a European solution.

If the green passport should fail to attract the support of the entire bloc, he said it could be introduced on a smaller scale: “We will, of course, approach this project nationally and try to find a common path with as many states in the neighborhood and beyond as possible.”

Tourism in Austria forms an important part of the country's economy, Kurz said, and therefore he believes that the introduction of such a green passport is “extremely important.”

Separately, in an interview with the German newspaper Bild, Kurz admitted that restrictions were becoming less effective: "The objective situation in Austria was simply that after six weeks the lockdown had lost its effect. People have adhered to it less and less, there have been more and more shifts to the private sector, and a lockdown where no one participates, of course, makes little sense."

Some destinations -- including the Seychelles, Cyprus and Romania -- have already lifted quarantine requirements to visitors able to prove they're vaccinated. Others, such as Iceland and Hungary, have opened up to people who've recovered from Covid-19.