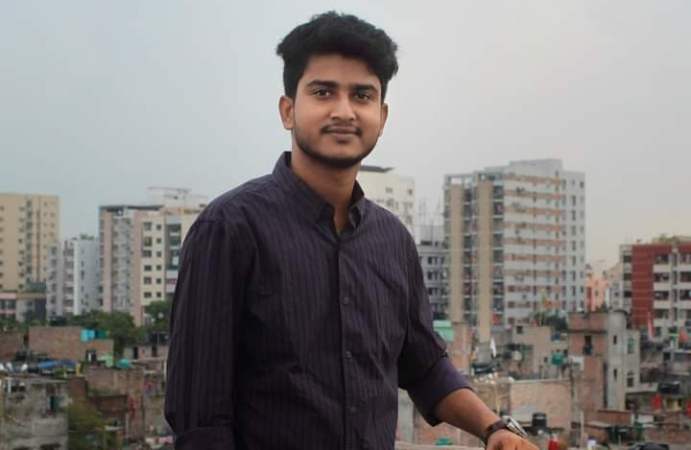 A student of Jahangirnagar University was killed in a road accident at Bagatipara Upazila in Natore on Wednesday night.

The deceased was identified as Abdullah Al Mahmud Shafi, a third year student of Public Administration department of the university and hailed from Natore district.

Shafi was going to Bonpara station yesterday afternoon to receive his mother.  On the way, his bike lost control and hit a road side tree, said Monirul Islam, one of Shafi's friends.

Critically injured Shafi was admitted to Bagatipara Upazila Health Complex. Later, he was taken to Natore District Hospital, he added.

At night, doctors referred him to Rajshahi Medical College and Hospital after his physical condition deteriorated where the on-duty physician declared him dead around 2.00 am, said Monir.

In a condolence message, the VC said, “We have lost a meritorious student at premature death of Shafi. His death is tragic for us as well as his family members.”

The VC prayed for the eternal peace of the departed soul and conveyed deep sympathy to the bereaved family members.