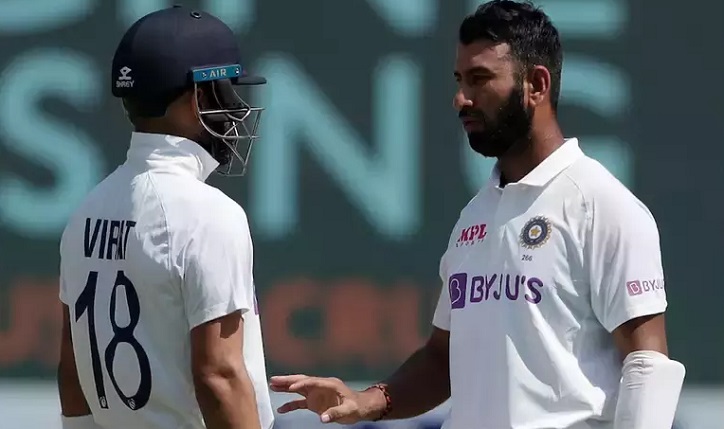 India's bowlers claimed key wickets including skipper Joe Root as England struggled to 81-4 at tea in the day-night third Test on Wednesday.

Ben Stokes, on six, and Ollie Pope, on one, were batting in front of a hostile crowd in the world's biggest cricket stadium in Ahmedabad.

Sharma struck early to get Dom Sibley caught at second slip for nought in the third over.

Spin was introduced in the seventh over and Patel's first ball trapped the returning Jonny Bairstow lbw for nought.

Zak Crawley put on 47 with Root before Ashwin claimed the England captain lbw for 17 with his off spin.

Root reviewed the call but replays showed the ball would have hit the top of leg stump and he left the field to the loud cheers of the home crowd.

Crawley, who scored 53 after missing the opening two Tests due to a wrist injury, reached his fourth Test fifty with a boundary off Patel but fell lbw to the left-arm spinner just before the break.

England, looking to bounce back from a 317-run defeat in the second Test, brought back their pace duo of James Anderson and Jofra Archer apart from Crawley and Bairstow.