High malnutrition rate in Xinjiang amid China crackdown on Uyghurs 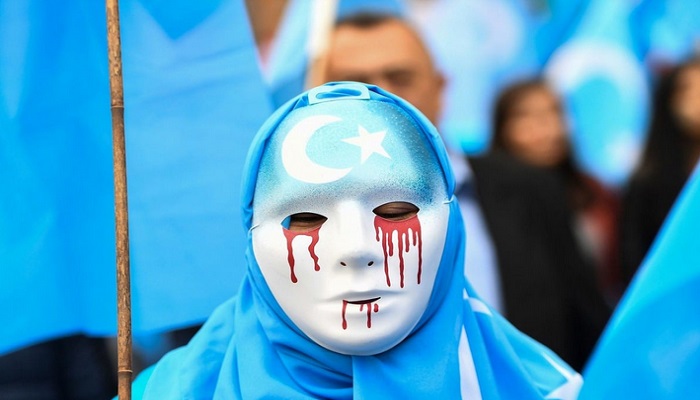 Two separate studies by Chinese researchers have revealed that due to continuing suppression and persecution of Uyghurs in the Xinjiang Uyghur Autonomous Region (XUAR), malnutrition has been rising in the community, especially among children and adolescents

About 16 per cent of Xinjiang residents 15 years old or younger had anaemia. The rate of anaemia in Xinjiang is 23 per cent higher than the national average, the reports observed.

The discovery “suggests that there may be malnutrition among adolescents in Xinjiang”, Professor Sun Hong, of Central South University’s Xiangya Hospital, said in a peer-reviewed paper published in the journal Soft Science of Health this month. Sun’s data came from Xinjiang’s health authorities.

Another study by Xinjiang Medical University’s school of public health found that over a quarter of Xinjiang children aged up to six years old had anaemia, more than twice the national rate. The results were published by Zikeya Naijimu and colleagues in a paper in another Chinese-language journal, Modern Preventive Medicine, in January.

The researchers say the anaemia was likely caused by the shortage of some elements, such as iron and vitamins, in the diet.

China’s crackdown on Muslim ethnic minority, Uyghurs in Xinjiang since 2017 in the name of counterterrorism has drawn global ire, particularly US State Department, that has classified it as ‘genocide’, reported The Washington Post.

According to reports, under China’s crackdown on Muslim ethnic minority, more than one million Uyghurs have been detained in re-education camps, where they receive daily indoctrination programmes, with reports of torture for periods ranging from weeks to years.

China denied the existence of such camps, but under global pressure in 2019 it eventually accepted that all trainees at “vocational educational and training centers” in Xinjiang had graduated.

The US State Department negates the theories of China and in January categorised Beijing’s action against Uyghurs as ‘genocide’. It also banned imports of goods made in Xinjiang, citing a risk of forced labour in the region.

A number of Western governments have denounced China’s policies in Xinjiang, with Britain pressing China in January to allow United Nations rights inspectors to visit the region. The European Parliament condemned China in December for forced labor in Xinjiang.