Pakistan Army: A mercenary force for China to put down Baloch resistance to CPEC 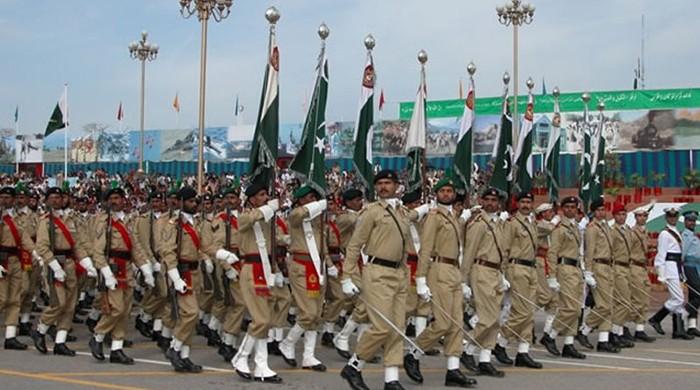 Right from the beginning, the Pakistan Army was always ready to serve whoever was the highest bidder. Until the turn of the 20th Century, the Pakistan military functioned as guns for hire for the US, which bestowed the country with billions of dollars in military and economic assistance.

Apart from the US, the Pakistan Army was also ready to serve the Arab states in the Middle East in return for free money, jobs, and some spiritual satisfaction.

In the 21st century, Pakistan has found a new patron -- China -- which is fast replacing the US as the country that will fund Pakistan and stop it from sliding into bankruptcy. But, just as the Americans demanded their pound of flesh -- SEATO, CENTO, Afghan 'Jihad', 'War on Terror' -- so have the Chinese -- CPEC, Gwadar port, and perhaps Chinese enclaves on Pakistani territory.

Anyone who thinks this is a flight of fancy only needs to read an explosive report published in the Bangladesh newspaper 'Daily Sun'. According to this report, the Inspector General Frontier Corps (South) Major General Ayman Bilal told a Jirga comprising local influential persons and tribal leaders, most of them working as agents of the Frontier Corps and the infamous Inter-Services Intelligence (ISI) and Military Intelligence (MI), that he was specially selected by the Chinese to bring peace in the restive southern districts and Makran belt of Balochistan.

General Bilal also disclosed that he had been mandated to sort out the Baloch resistance in around six months -- the struggle for Baloch independence is as old as Pakistan itself and its latest iteration started around 2001 and remains potent even after nearly two decades.

He said that once Pakistan got rid of the noose that FATF has around its neck, the Pakistani forces will go into Iran and act. He accused Iran of creating unrest in Balochistan and conspiring against CPEC and called Iran the biggest enemy of Pakistan. He claimed that the Chinese were ready to fund the entire operation and asked his audience to take whatever money they wanted to ensure the success of CPEC.

Three things that clearly emerge from the 'confessions' of Major General Bilal are as follows: (1) China is fast emerging as the new colonial power in Pakistan, not only deciding policies of the Pakistani state, but also appointments of officials to serve its interests; (2) The genocide and 'Red Indianisation' of the Baloch will continue unabated, and it will not just be backed but also bankrolled by the Chinese; and (3) Iran remains an enemy of Pakistan and CPEC, and both China and Pakistan are preparing plans to carry out operations in Iran to target both Baloch and Iranian elements inimical to CPEC and Chinese presence, even bases, in the region.

Truth be told, none of these three things comes as any surprise; the only surprise is that these have been articulated clearly by a serving, and perhaps rising star, of the Pakistan Army, who has been handpicked by the Chinese to deliver on this agenda.

The growing Chinese influence and interference in Pakistan has increased exponentially since the start of the CPEC project in 2013. While Pakistan has always been careful to never go against China -- the infamous Lai Masjid operation in 2007 was a result of direct Chinese pressure on the then military dictator General Pervez Musharraf -- the sort of subservience that is on display today has no parallel.

In the last seven years, Pakistan has carried out a major military operation -- Zarb-e-Azb -- to appease the Chinese. On CPEC, Pakistan has surrendered its sovereignty and entered into ruinous financial contracts under Chinese pressure.

Wherever the Pakistanis have balked, the Chinese have refused to accommodate their concerns. And since China is the only game in town, the Pakistanis invariably give in after making a show of resistance. The Chinese have influenced not only who comes into the Cabinet. The earlier Planning Minister, who is supposed to be the point person for CPEC projects, was replaced under Chinese pressure to set up a CPEC Authority headed by a top retired Army General to ensure that there is no obstruction or hindrance to the CPEC projects. Now, China has got General Bilal appointed to snuff out any opposition to Chinese neo-colonial plans in Balochistan.

The ongoing genocide of the Baloch is also nothing new. Thousands of Baloch have been killed, thousands of others have been subjected to enforced disappearances by the notorious ISI and MI, giving Balochistan the nickname of 'Land of the Disappeared'. A puppet regime is installed in Quetta as show-boys to maintain the pretense of democracy.

But these political show-boys are powerless and all power vests in the military Generals. After some attacks by Baloch freedom fighters on Chinese engineers and workers and on CPEC projects, the Chinese have leaned on the Pakistan Army to brutally crush the Baloch resistance. In this venture, the Pakistanis have enlisted not just radical Islamic terror organisations but have also formed death squads of local mercenaries to kill the Baloch dissenters.

Pakistan has also been giving in to the Chinese demands for setting up enclaves where Chinese can live without having to interact with the natives. The fencing in Gwadar is one such plan to keep the natives out. Eventually, these tiny Chinese enclaves will become the colonial era equivalents of 'factories' that the European colonists set up in India and which became the springboard for the eventual subjugation of India.

The other model being envisaged is that of Shanghai International Settlement that the British set up in the mid-19th Century and which lasted 100 years. Clearly, the natives do not fit into this plan. The residents of Gwadar are being eased out, cordoned off, and even their way of life is being destroyed.

It will not be long before the Baloch will have no presence in the cities and ports, where the Chinese are setting up shop and naval bases, and will be reduced to existence on reservations, much like the Red Indians.

Finally, there is the Iran angle. For a Sunni majority Pakistan, Iran has always been an eyesore, especially after the Islamic Revolution. While both countries have tried to paper over the big cracks in their relationship, neither is fooled by professions of peace and friendship made by the other side. If Pakistan backs Sunni terror groups and provides them sanctuary, the Iranians reciprocate by turning a blind eye to the activities of some Baloch freedom fighters that operate from its soil.

Add to this the Taliban and ISIS angle, both of which are seen as Pakistani proxies in the region. On its side, the Iranians are building up the Zainabiyoun and Fatemiyoun brigades to counter the Pakistani and Taliban designs. But it is not easy for the Pakistanis to strike inside Iran openly as long as the restiveness inside Balochistan is not brought under control. This is where the mercenary Generals like Bilal fit in.

The inexorable slide of Pakistan into the Chinese colonial construct is now a reality and it is only a matter of time before Pakistan is so leveraged to China that it will be forced to subordinate its sovereignty to China. This means giving bases, enclaves, and other concessions to China. And this will come at the cost of the Baloch, who will become aliens in their own land.