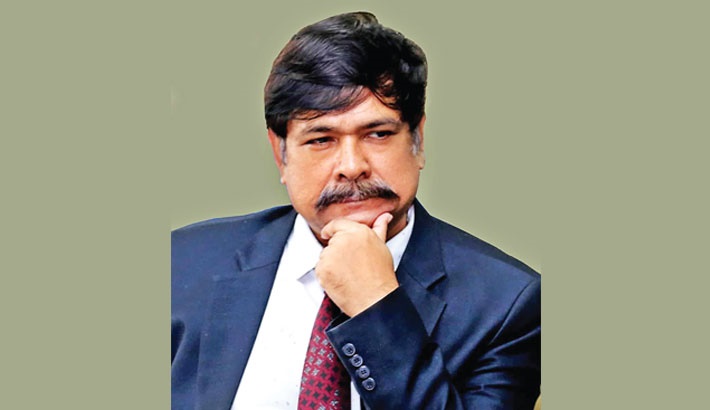 The history of human language is the history of rise and fall. In around 8000 BC, 20,000 languages were in existence on this planet. But currently the number has been reduced to one third. Many languages have vanished off the face of the earth, and many are about to. Linguicide, the death of a language has become a recurring phenomenon which occurs when a language loses its last native speaker. It is also known as language extinction which means the language is no longer known to the second language speakers. The death of a language may occur for a number of reasons among which natural and political reasons and glottophagy, i.e., the replacement of a minor language by a major one are common.

The British linguist David Crystal expresses alarm that an indigenous language currently disappears every two weeks and by the end of the 21stcentury 5,500 of the current 6,000 languages will share the same fortune with Latin and Greek as ‘dead languages.’ The UNESCO Atlas of the World's Languages in Danger shows that between 1950 and 2010, 230 languages became extinct and many linguists are of the opinion that half of the world's remaining languages will be dead by the end of this century. This is evidenced by the fact that 90% of the total number of languages existent is spoken by fewer than 100,000 people, 46 languages have just one native speaker, and 357 have fewer than 50 speakers. Boa Sr. was the last surviving person who remembered Bo, a language of the Great Andamanese language family, and her mother was the only living speaker of Bo for a long time. With “the death Boa Sr. (2010) and the extinction of the Bo language”, says Stephen Corry, director of the British-based NGO Survival International, “a unique part of human society is now just a memory. Boa's loss is a bleak reminder that we must not allow this to happen to the other tribes of the Andaman Islands."

The majority of these languages spoken across the globe fall into the category of what we call 'indigenous language'. They are the mother-tongues of different indigenous/ethnic groups. Over two thirds of the countries have more than one ethnic group amounting to ten per cent of the population. Their mother tongues are far more than a mere means of communication. Languages are their greatest treasure which preserves their cultural identity, and helps them find their place in the world. But indigenous languages are relegated to a second-class status synonymous with ignorance, poverty, backwardness and non-development. The mainstream rulers patronizingly try to solve them through the introduction of the dominant language which is taken for granted as a symbol of modernity, development and national integrity. Thus, the indigenous peoples are left with no alternative but to comply, and swallow their pride which takes a heavy toll on their languages, cultures and identities. Hundreds of Australian Aboriginal and Native American languages have been endangered in this way.

Although 98% people in Bangladesh speak Bengali, there are more than 30 indigenous languages spoken by more than 45 indigenous groups. They have different social, cultural, religious and linguistic identity. Their languages and scripts have also been endangered. Although they are the citizens of Independent Bangladesh too, they are not fully enjoying the fruits of independence in regard to their right to mother tongue. Because of the dominance of the official language in the national curriculum, their younger generations are growing up without a proper sense of their own cultural history and identity.

The United Nations has declared 21 February as the International Mother Language Day with a view to promoting linguistic and cultural diversity and the sense of multilingualism. Its observances are held annually throughout the world for the dissemination of mother-tongue awareness. Languages are the most powerful weapons to preserve our cultural and linguistic heritage. This is true of both national/official and indigenous languages. Frantz Fanon, the French West Indian psychiatrist, intellectual and political philosopher testifies to it in his famous 1952 book Black Skin, White Masks. As he puts it, “To speak a language is to take on a world, a culture. The Antilles Negro who wants to be white will be the whiter as he gains greater mastery of the cultural tool that language is.” The American native renaissance writer Leslie Marmon Silko in her book, The Turquoise Ledge: A Memoir (2010) shows how indigenous languages are essential to people’s survival. To quote, “Linguistic diversity is integral to the cultural diversity that ensures some humans will survive in the event of one of the periodic global catastrophes. Local indigenous languages hold the keys to survival because they contain the nouns, the names of the plants, insects, birds and mammals important locally to human survival.”

Besides, the United Nations' adoption of the Declaration on the Rights of Indigenous Peoples (September 13, 2007) includes one's right to language. Article 13-1 of the declaration reads "Indigenous peoples have the right to revitalize, use, develop and transmit to future generations their histories, languages, oral traditions, philosophies, writing systems and literatures, and to designate and retain their own names for communities, places and persons" and Article 14-1 reads "Indigenous peoples have the right to establish and control their educational systems and institutions providing education in their own languages, in a manner appropriate to their cultural methods of teaching and learning."

But all these proposals and declarations appear to have gone unheeded. The indigenous peoples existent in the nooks and crannies of Africa, Asia and Latin America or even in the developed world are still suffering from existential angst, and their languages are facing the threat of extinction caused by the assimilationist policies of the ruling majorities and their dominant languages and cultures.

In the wake of the Declaration of 21 February as the International Mother Language Day by the United Nations on 17 November 1999, Bangladesh has established the International Mother Language Institute in 2001 for the research and the preservation of the dignity and the rights of the indigenous and nearly extinct languages of the world. Prime Minister Sheikh Hasina has assured us of her government's continued support for the conservation and protection of people's right to mother tongue across the globe. We appreciate her spirit. We know she has great contribution to the making of International Mother Language Day, and she can be a role model for the protection of indigenous people's right to mother-tongue. She should adopt and carry out effective and ethnically friendly social, cultural and educational policies for the preservation and promotion of the indigenous languages in Bangladesh.