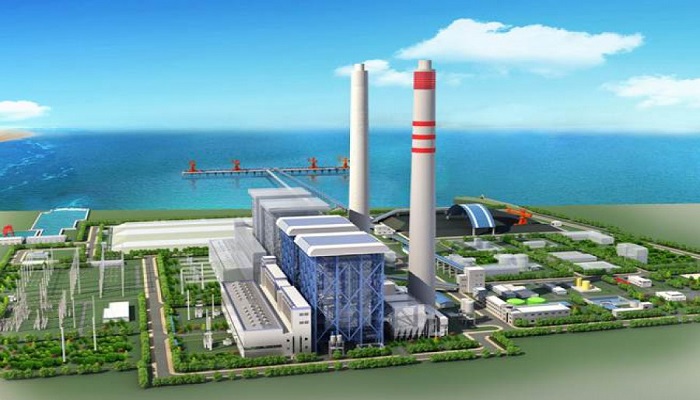 The government has decided in principle to scrap nine proposed coal-fired power plant projects having the combined capacity to generate 7,461 megawatts (MW) of electricity.

The decision came at a monthly review meeting of the Power Division chaired by Power Secretary Md Habibur Rahman.

The government’s latest decision on coal-fired plants comes after widespread criticism and concerns raised by environmentalists from home and abroad over the years.

As per the move, the proposed Moheskhali 1320MW coal-fired power plant, Ashuganj (Patuakhali) 1320MW coal-fired Power Plant and 1200MW Uttarbanga super thermal plant in the public sector may be dropped from the government’s plan.

The number of under-construction coal-fired plants in the public sector will come down to only two after scrapping the proposed plants.

The physical progress of the Matarbari coal-fired power plant was 44.40 per cent till December 2020. The power plant is expected to be commissioned in 2024.

A Singapore-Bangladesh joint-venture coal plant of 700MW and the 1200MW Matarbari coal-fuel plant proposed to be implemented by Power Generation Company Bangladesh Ltd and Mitsui & Co is also likely to be scrapped.

Besides, four proposed private sector coal-fired plants in Munshiganj, Dhaka and Chattogram may face the same fate as Orion Group, the sponsor of those plants, failed to finish the projects in seven years.

Bangladesh Power Development Board (BPDB) has already asked guaranteer banks to encash the bid security deposits of their client against those projects.

“We will no longer implement the four coal-fired power plants as those projects hardly made any progress over the last seven years,” BPDB Chairman Balayet Hossain told the Daily Sun.

He said the BPDB has already taken up power plant projects on its own due to the delay in the private sector plants.

Meanwhile, State Minister for Power and Energy Nasrul Hamid told the Daily Sun that the government will review coal-fired plants next month.

He said the procurement of coal is the main problem as Chinese companies have already leased out most of the coalfields in Indonesia.

Besides, the production of local coal at Barapukuria will come down within the next four years, he said, adding that the government will go for an extension of the Barapukuria to its north.

The minister also said coal extraction in Dighipara is not feasible.

He said the government has a plan to put more focus on electricity generation from LNG and renewable energy as the prime minister is also committed to environmental protection.

The Power Division is also planning to convert the proposed coal-fired projects into plants based on LNG or renewable energy, officials said.

Lauri Myllyvirta, coal and air pollution specialist of Greenpeace, conducted a study on the potential impact of the proposed coal-fired power plants in Chattogram. The report of the study stated that high levels of air pollution are currently putting the Bangladeshi population at an elevated risk from the unfolding COVID-19 pandemic.

In Bangladesh, hundreds of thousands of people are already suffering from chronic diseases and disabilities or undergoing treatments like chemotherapy because of their past exposure to air pollution, and this is making them more vulnerable to Covid-19.

It’s also likely that the risk of infection is affected by the impact of air pollution on the immune system, and the respiratory symptoms for infected people are made worse by air pollution- there is evidence of this for respiratory infections in general but not yet specifically for Covid-19.

Asked to comment on the study report, Bangladesh-China Friendship Power Company chief executive officer (CEO) AM Khurshedul Alam said, “If the coal-fired plant could occur such level of causalities, Phulbari in Dinajpur would have become a desert already due to the Barapukuria coal-fired plant commissioned in 2006. So the study is baseless.”

“I want to reassure everyone by mentioning that this power plant consists of three key features: environment-friendly, clean energy, and high efficiency.”

"The contingency plan we have is committed to maintaining all the rules for building an environment-friendly power plant," he said, adding, "as of now, more than 150,000 trees have been planted under the project, and the trees have survived in the saline condition."

“This would definitely be environment friendly because of the kind of technology we are using, the kind of plan we have, and the kind of chimney we are building," said the Managing Director of BIFPC, the implementing agency of Rampal plant.

“The authorities concerned should take green recovery plan as per the prime minister's instruction and focus on renewable energy,” he said.

The government has a plan to take the country’s electricity generation capacity to 60,000MW by 2040 under the power system master plan 2010.

“Low-cost LNG plants should replace the coal-fired plants for the best interest of the country and its people,” he said.

He also suggested the government to take necessary steps for more robust natural gas exploration to make a proper mixture of fuel with imported gas.

He noted that the use of LNG might actually lower the electricity generation cost in the long run. “If we can use a mixture of imported LNG with local natural gas, then the production cost will be much lower from coal.”