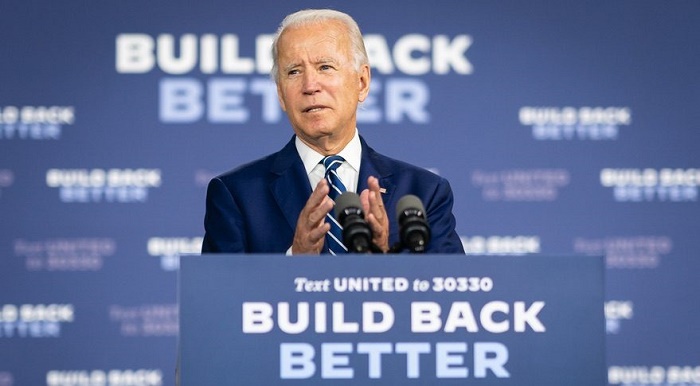 The Biden administration will announce on Feb. 22 a series of changes to the Paycheck Protection Program, the stimulus program created last March that's given forgivable loans to businesses struggling to stay afloat amid the coronavirus pandemic.

Officials also announced that approximately $134 billion in forgivable loans have been approved so far in 2021. The money had gone to about 1.8 million small businesses. That means they are "a little under half" through the $285 billion allotted in the stimulus legislation signed into law by then-President Trump on Dec. 27.

This latest round of funding – a so-called second draw – kicked off on Jan. 11 and is set to run through the end of March. It has allowed certain businesses to come back for a second loan this year even if they received money in 2020.

Administration officials describe this period as a time to "push lenders to reach these communities." The program will include an outreach effort from the White House to encourage more of these smallest businesses to get involved.

The loans, while overseen in Washington, are actually administered by financial institutions like banks and Community Development Financial Institutions.

In a preview of the announcement, a White House official touted statistics that show loans already reaching more underserved business this year, but "we believe we can still do better."

President Biden is scheduled to discuss the changes Monday afternoon at the White House.

Four additional changes to the program

Rule changes are promised to help sole proprietors, independent contractors, and self-employed individuals to access funds more easily. Another change, spurred by an effort on Capitol Hill called the “PPP Second Chance Act,” will eliminate a rule that bars owners with non-fraud felony convictions to obtain relief. Currently, a business is ineligible for a PPP loan if it's at least 20% owned by an individual convicted of a felony within the previous year.

Another change will help businesses with owners who are delinquent on their federal student loans. Previously, the rules blocked them from participating in the program.

Finally, the administration announced changes to make it easier for non-citizen small-business owners to access loans. These types of businesses were eligible before but administration officials said a "lack of guidance from the previous administration" was hindering access. They promised more guidance coming soon on that issue.

The administration also announced smaller changes to address problems like waste in the program and an effort to collect more demographic information from applicants.

The program has been an important lifeline to millions of businesses since the pandemic began and in 2020 distributed over 5 million loans totaling over half a trillion dollars.

The program had already undergone a series of changes at the end of last year to tighten restrictions on loan size and to bar publicly traded businesses or those backed by private equity from participating. When it launched In 2020, the PPP was marred by unclear rules that left some small businesses out of the early rounds while big businesses like the Los Angeles Lakers and Shake Shack (SHAK) were able to access loans before public pressure compelled them to return the funds.

The Biden administration says things are moving in the right direction this year with loans to small businesses with fewer than 10 employees, in rural areas, and through Community Development Financial Institutions are all higher in 2021.

Ben Werschkul is a writer and producer for Yahoo Finance in Washington, DC.