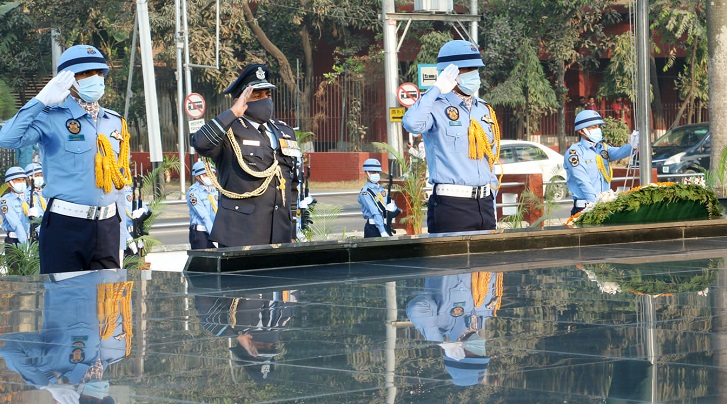 Chief of the Air staff of Indian Air Force Air Chief Marshal Rakesh Kumar Singh Bhadauria, PVSM, AVSM, VM, ADC visited Shikha Anirban (Eternal Flame) at Dhaka Cantonment and paid homage to the members of Armed Forces martyred during the war of Liberation in 1971 by placing floral wreath at the mausoleum on Tuesday. He also signed visitor’s book there.

Mentionable that, Chief of the Air Staff of Indian Air Force along with two delegation arrived in Bangladesh yestarday, (Monday) on a five-days official visit. It is expected that, the visit of Chief of Air Staff of Indian Air Force will play an important role for extending the sectors of cooperation and strengthening the existing relationship between the two countries.