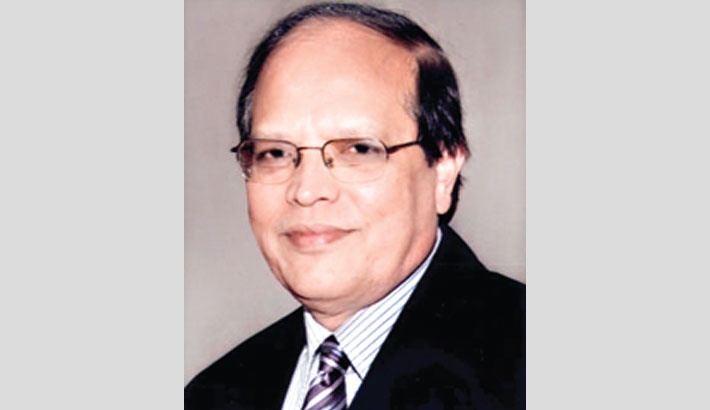 The proclamation of independence, adopted on 10th April 1971 with retrospective effect from March 26, 1971, provided the fundamental law which legalised not only the government-in-exile but also the war of liberation. This instrument provided legal cover to all the activities for running the government during the war and afterwards. This was treated as the interim constitution, working like a fountain of law and the source of authority till the new constitution was prepared and made effective from December 16, 1972.

Bangabandhu Sheikh Mujibur Rahman was made the President through this proclamation till the new constitution was framed. Given the special situation of the war of independence, all powers were vested on the President but the Acting President yielded that power in Bangabandhu’s absence. According to this proclamation, the elected representatives (both central and provincial) constituted themselves into a Constituent Assembly which, after needed consultations, declared Bangladesh a sovereign republic.

This Constituent Assembly, by the power given by the proclamation, confirmed the declaration of independence already made by Bangabandhu Sheikh Mujibur Rahman at the early hours of March 26, 1971. The proclamation was also visionary enough to ‘declare that Bangladesh would observe and give effect to all the duties and obligations developed upon it as a member of the family of nations under the charter of the United Nations’ (Ahmed, Moudud, Bangladesh-Era of Sheikh Mujibur Rahman, UPL, 1983, p.5).

This Proclamation thus provided a moral ground for running a government formed under special circumstances, reflecting the people’s will to lead a war for achieving equality, honour and human dignity in line with the UN Charter. This helped the new-born nation avoid falling into the trap of a ‘secessionist struggle.’ Thus, this smart move by the leadership involved in the struggle for independence provided a legal space in which the newly liberated country could still be governed, and laws could be framed even after December 16, 1971, when the Pakistani occupation army surrendered to the Joint Forces of Command.

This legal instrument became a reality and created a new nation on the global map. Simultaneously, the Laws Continuance Enforcement Order was made by the Acting President to ensure smooth continuity in all legal spheres. Bangabandhu, as the President of the republic, made use of the power given to him by proclamation and the continuance order to change the system of the government through a Presidential Order on January 11, 1972.

The Provisional Constitution of Bangladesh Order was issued to establish a parliamentary form of government in alignment with the people’s aspiration for such a system. By the same order, a Cabinet of Ministers was created with the Prime Minister as the head of the government replacing the President. The position of President was made ceremonial, representing the sovereign to go by the advice of the Prime Minister in most cases. Based on the Presidential Order, Bangabandhu became the Prime Minister and Justice Abu Sayeed Chowdhury became the President of Bangladesh. It may be noted that the Presidential Order defined the Constituent Assembly which would frame the constitution of the country. The cabinet, including the Prime Minister, took oath on 12 January 1972, followed by the President as required by the Presidential Order. Bangabandhu moved swiftly to restore law and order in the newly liberated country where arms abounded in the hands of freedom fighters. He also had to rebuild the country from the ashes, with virtually no resources or institutions. However, he and his cabinet focused more on making the constitution, which provided the basis for fundamental state principles as well as the primary directions to the kind of development strategy the new country would aspire to pursue.

Barrister Kamal Hossain became the law minister and was given the responsibility of supervising the making of the constitution. He became the chair of the Constitution Drafting Committee (Kamal Hossain, ‘Bangladesh: Quest for Freedom and Justice’, UPL, 2019 fourth impression, p. 138). During his speech to the Constituent Assembly Bangabandhu expressed his desire for the creation of a democratic constitution and said, “The constitution that we will create will speak of the right of the people so that no one can exploit the citizens anymore” (D A H Khan, editor, ‘Jatir Pita Bangabandhur Nirbachito Bhashon’, Vol-2, Ekattor Prokashoni, 2011, p. 228). Indeed, the making of the constitution was the most important task of all in establishing the political and economic system of Bangladesh (Ahmed, Moudud, ‘Bangladesh: Era of Sheikh Mujibur Rahman’, UPL, 1983, p. 108). The Constituent Assembly earlier declared that nationalism, socialism, democracy, and secularism would be the fundamental principles of the Constitution of Bangladesh. The committee was to produce a draft constitution as soon as possible (Kamal Hossain, ‘Bangladesh: Quest for Freedom and Justice’, UPL, 2019 fourth impression, p. 140). It took seven months to complete the draft. It was adopted by the Assembly on 4th November (ibid. p. 143).

The constitution was divided into eleven parts and a preamble. The preamble consisted of a pledge towards the ideals of nationalism, socialism, democracy and secularism. In addition, it said, “Further pledging that it shall be a fundamental aim of the State to realise through the democratic process a socialist society, free from exploitation a society in which the rule of law, fundamental human rights and freedom, equality and justice, political, economic and social, will be secured for all citizens” and also said that it is “our sacred duty to safeguard, protect and defend this Constitution and to maintain its supremacy as the embodiment of the will of the people of Bangladesh so that we may prosper in freedom and may make our full contribution towards international peace and co-operation in keeping with the progressive aspirations of mankind” (The Constitution of the People’s Republic of Bangladesh, Legislative and Parliamentary Affairs Division website). Part I of the constitution declared Bangladesh as a unitary, independent, and sovereign Republic. Part I also specified the area of the republic, state religion, state language, national flag, anthem and emblem, the capital, citizenship and supremacy of the constitution (The Constitution of the People’s Republic of Bangladesh, Legislative and Parliamentary Affairs Division website).

Part II of the constitution consisted of the Fundamental Principles of State Policy. Nationalism, socialism, democracy, and secularism were declared as these fundamental principles in part II. Part II also included other principles that were derived from these four principles (Kamal Hossain, ‘Bangladesh: Quest for Freedom and Justice’, UPL, 2019 fourth impression, p. 145).

Part III was about the fundamental rights of the people. Part IV was about the Executive bodies of the state. Part V consisted of the articles related to Legislature. Part VI was on the Judiciary and Part VII was about Elections. Part VIII specified the rulings on the Comptroller and Auditor General. Part IX was titled ‘Services of Bangladesh’ and was related to the service sector. Part X concerned the amendment of the constitution and Part XI included all miscellaneous articles (The Constitution of the People’s Republic of Bangladesh, Legislative and Parliamentary Affairs Division website).

The framing of the constitution within such a short period of time, despite insurmountable challenges faced by the newly created state, deserves compliments. Moudud Ahmed writes, “It was a full, comprehensive and well-written document – precise and straight – much improved over all the existing constitutions of the subcontinent” (Moudud Ahmed, ‘Bangladesh: Era of Sheikh Mujibur Rahman’, UPL, 1983, p. 150).

The formation of the constitution was indeed a big step forward in building the new country. It reflected the aspirations of the Bengali people as well as the intention of the government to create a nationalistic, socialist, democratic, and secular nation. Throughout his political career, Bangabandhu had emphasised these four issues time and again and framing the constitution on these four principles was a giant step towards the realisation of his dream of ‘Sonar Bangla’ (Golden Bengal). Despite many alterations and realterations, the spirit of the 1972 Constitution has been restored by the Honourable Prime Minister Sheikh Hasina and this remains the source of hope and optimism for the people of Bangladesh.