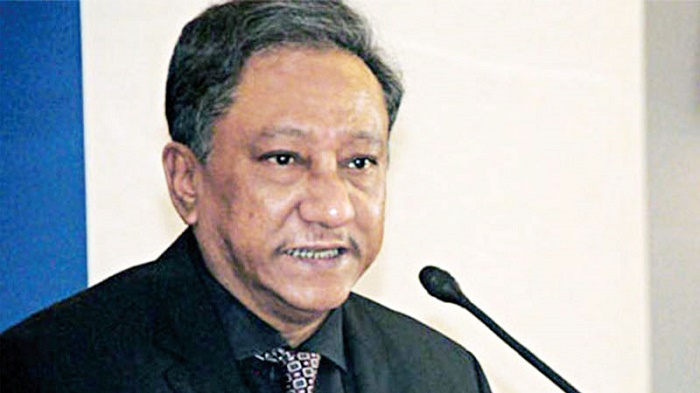 Bangladesh Cricket Board President Nazmul Hassan Papon said on Monday that he is hurt with Shakib Al Hasan’s decision of opting to play the Indian Premier League at the expense of skipping national duty while he added that no one is ‘indispensable’.

When Nazmul was showing his disappointment, Shakib might be having coffee at the Dubai Airport as he is on his way to the USA to be with his wife after BCB granted him paternity leave during the time Bangladesh national team’s tour of New Zealand.

Shakib earlier informed BCB that he would skip the two-Test series against Sri Lanka in April to make himself available for the entirety of the IPL 2021 season and BCB gave him NOC seeing his reluctance of playing Test cricket for the country.

“It’s not that we are embarrassed, rather we are disappointed,” Nazmul told reporters at the Sher-e-Bangla National Stadium.

“You all know we have invested a lot in a player for 10 to 15 years and apart from the agreement we spend a lot behind them when they are injured.

“We lost (Test series) to Afghanistan, India and Pakistan and then we lost to West Indies at home. I thought everyone would be eager to play the series (against Sri Lanka) and at that point, if anyone says that he doesn’t want to play and chose to play somewhere else in a franchise league then I don’t have anything to say,” he added.

Shakib returned to the IPL after his one-year ban from all forms of cricket with Kolkata Knight Riders signing him for Rs 3.2 crore from the players’ auction.

The 33-year old has previously played for the Knight Riders between 2011 and 2017 and was an integral member of their championship-winning sides in 2012 and 2014 respectively.

This will be the second international assignment that the 33-year-old will miss as he has been already granted paternity leave to skip the white-ball tour of New Zealand in March-April.

Shakib returned to international action after his ban during the home series against West Indies before sustaining a thigh strain in the opening Test, which eventually ruled him out of the series.

Before that, he made a brilliant comeback in the ODI series and was adjudged man of the series.

BCB is looking to play the postponed tour of Sri Lanka in April after multiple efforts to conduct the series fell through in the pandemic-struck 2020.

This is not the first time Shakib is skipping a Test series. Earlier in September 2017, he had decided to take a six-month break to manage his workload.

“This is not the first time this is happening but one thing is for sure that we won’t put pressure on anyone to play for us. We want everyone to play but if there is someone who doesn’t want to play it is okay from us,” he said adding that he had asked pacer Mustafizur Rahman to make up his mind regarding his taking part in the IPL.

The left-arm pacer was roped in by Rajasthan Royals for Rs 1 crore during the same auction.

“Mustafizur came today and asked me whether he can take part in the IPL. I told him the decision is yours.

“I just have told him if he wants to go then he can go after giving us a letter,” he added.

Nazmul however said that the players who will be in the new central contract, which is now split between red- and white-ball, should have to commit to playing for Bangladesh.

“We will enter into new contact with the players. It will be mentioned clearly who wants to play which format. They have to inform us.

“If they have any other engagement, they have to be clear about their availability. It is very open. Previously, it depended on individuals but now we are confirming it in writing so that nobody can say that they haven't been allowed or we kept them forcefully,” he added.