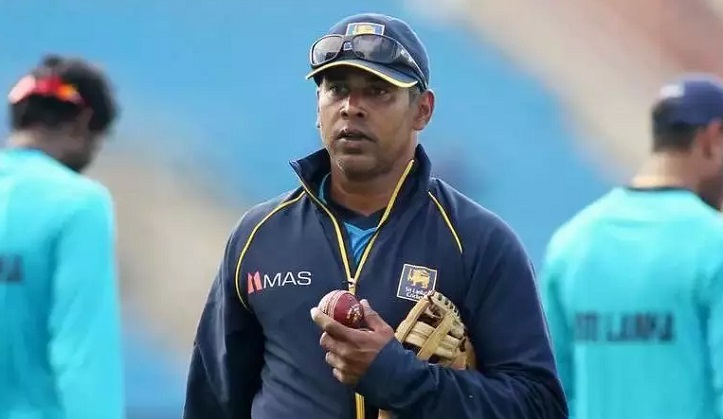 Sri Lanka's new fast bowling coach quit Monday within days of his appointment and compounding problems for the national team on the eve of their virus-hit tour of the West Indies.

Former Test player Chaminda Vaas, who on Friday replaced Australian David Saker, resigned over a pay dispute and will not travel with the team to the Caribbean, the cricket board said.

Sri Lanka Cricket said it was "disheartening" that Vaas had made the "sudden and irresponsible move on the eve of the team's departure based on personal monetary gain".

The sudden exit of Vaas, 47, came as fast bowler Lahiru Kumara tested positive for coronavirus on Monday and dropped out of the team.

The tour was due to start on Saturday, but postponed after top order batsman Lahiru Thirimanne and head coach Mickey Arthur were infected with Covid-19 earlier this month.

However, the duo have recovered and will join the tour, according to the board.

There was no immediate comment from Vaas about his decision to step down. He is the most successful Sri Lankan fast bowler, taking 355 wickets in 111 Tests and 400 scalps in 322 one-day internationals.

He retired from Test cricket in 2009, a year after ending his ODI career.

The cricket board had said Vaas replaced Saker who had cited "personal reasons" to quit the job that he undertook in December 2019 but the 54-year-old has not yet commented publicly.

Sri Lanka are set to leave for the West Indies for two Tests, three one-day internationals and three Twenty20 matches.