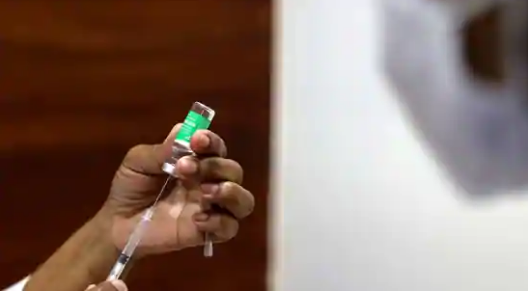 Nepal on Sunday received another one million doses of the coronavirus disease (Covid-19) vaccines from India. The second shipment of the AstraZeneca vaccine, manufactured by Serum Institute of India (SII) under the name Covishield, arrived at the Tribhuvan International Airport in the capital city of Kathmandu on Sunday afternoon.

Earlier, India had provided one million doses of the Covishield vaccine as ‘gift’ (free of cost) to the Himalayan nation in January after which Nepal had kicked off its vaccination drive on January 27 with doses being administered to the medical and frontline workers on a priority basis. The campaign aims to eventually inoculate 72 per cent of its total population of over 29 million. The government is now working towards administering doses to those above the age of 55 from March.

Nepal’s health and population minister Hridayesh Tripathi had told Reuters on Thursday that the government was purchasing the AstraZeneca shots for $4 each. “We have received a good price... we must not miss this opportunity to purchase it,” Tripathi added.

Nepal has recorded 2,73,351 cases of Covid-19 till now out of which 2,061 people have died while nearly 270,000 have recovered, according to worldometers.info figures. The active cases stand at 1,535. The government on Thursday had approved the emergency use of a vaccine being developed by an affiliate of Chinese-based pharmaceutical company Sinopharm. Two more vaccines - Indian based-Covaxin and Russia’s Sputnik V - are yet to be cleared.

Nepalian authorities had said on Thursday that vaccines were also expected from the alliances supported by the World Health Organization (WHO) - that provide doses to poorer nations.
Meanwhile, Serbia and Maldives also received vaccine doses under India’s Vaccine Maitri initiative. More than 100,000 doses were delivered to Maldives as a part of its second shipment and Serbia received its first ever supplies of 150,000 doses from India.

External affairs minister Dr S Jaishankar had earlier announced that India had provided vaccines to 25 countries till now and would extend supplies to 49 more countries in the near future that would range from Europe, Latin America and the Caribbean to Africa, South-East Asia and the Pacific Islands.