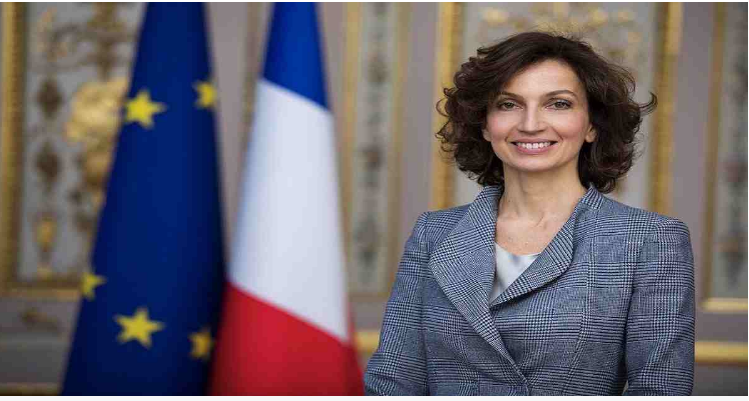 UNESCO Director-General Audrey Azoulay has said UNESCO will celebrate a decade of “indigenous languages” from 2022 through 2032 and appreciated the commitments to this effect made by Bangladesh, Brazil, Egypt and Jordan.

She said UNESCO has launched an initiative to translate more than 6,000 books in over 100 languages to enrich its world digital library which already offers free access to thousands of books, manuscripts, pictures and documents from across the world.

The UNESCO DG was addressing a webinar marking the observance of the International Mother Language Day with the theme “Fostering Multilingualism in Education and Society” organized by Bangladesh Embassy in Washington, D.C. on Sunday.

He said this year the day has assumed more significance, as Bangladesh celebrates the Birth Centenary of the Father of the Nation Bangabandhu Sheikh Mujibur Rahman and the 50th Anniversary of her glorious independence.

The Ambassador said UNESCO’s proclamation recognizing February 21 as International Mother Language Day  has added a new dimension of cultural-linguistic diversity as well as multilingualism to this historic day in a spirit of 'unity in diversity'.

The UNESCO DG said preservation and protection of linguistic diversity is essential for human dignity.

Quoting English philosopher Roger Beacon, she said knowledge of languages is the doorstep to wisdom.

At the webinar, Philip Rodenbough, Foreign Service officer at the US State Department recited a poem in Bangla titled ‘Mother Tongue” written by Abul Hasan.

He said the institute is working to preserve and develop 41 languages and dialects found in Bangladesh.

The speakers in their remarks stressed the need for fostering multilingualism and multiculturalism for better understanding and friendship among the world population, peace and sustainable development.

Ambassador Bernicat said Bangla is not only a powerful language but also got world recognition as Poet Rabindranath Tagore achieved Nobel Prize for writing his collection of poems in Bengali.

Recalling his participation in a program on 21st February during his tenure in Dhaka, he said he still feels the heartbeat of Bengali people for their love for their mother tongue. “My heart is always with you,” he said.

The Ambassador praised Bangla language, culture, and heritage as well as recent accomplishments including the launch of Bangabandhu communication satellite.

The hour-long Webinar was moderated by Minister and Deputy Chief of the Mission at Bangladesh Embassy Ferdousi Shahriar.