6 get life term for killing newly wed bride in Kishoreganj 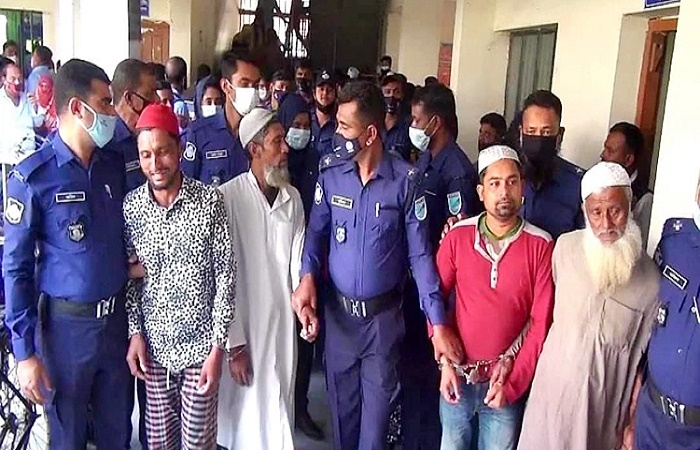 A Kishoreganj court on Monday sentenced six people, including two women, to life term imprisonment for killing a newly wed bride in Karimganj upazila of Kishoreganj in 2011.

Judge Md Abdul Rahim of Additional District and Sessions Judge Court handed down the verdict this morning in presence of the accused.

According to the case statement, Shamim, son of late Abdul Kuddus, hailing from Bhatia Mughalpara village of Dehunda union of Karimganj upazila, tied the knot with a girl named Ruba, daughter of Adu Bakkar Siddique, from the same area.

On the night of June 3, 2011, the convicts strangle Ruba to death just 15 days after the marriage ceremony was held and threw her body in a pond adjacent to the house. Later, police recovered the body from the pond in the night.