FATF may need darker shades of grey for Pakistan 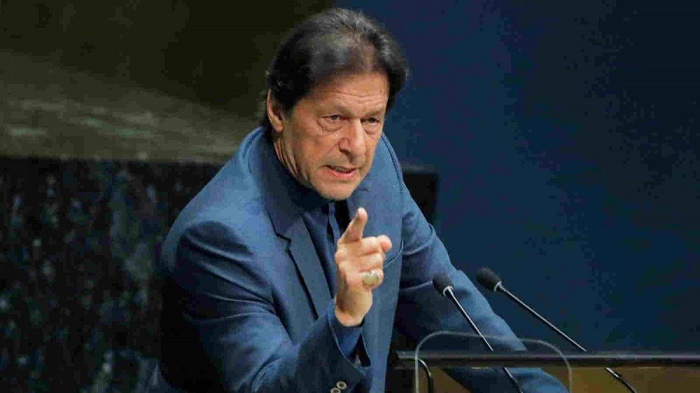 Pakistan’s predicament is pitiful. A democracy held hostage by its Army and intelligence agency, Islamabad now has its back against the wall fighting the world to prove that it isn’t a haven for terrorists. Sadly, it’s fighting a losing battle.

Pakistan’s involvement in acting as a launchpad for jihadists across the world hasn’t escaped the world’s notice. Be it injecting militants to support separatists in Azerbaijan to ferment trouble in Nagorno-Karabakh to smuggling narcotics across LoC to poison the youth in Punjab, the nefarious activities of the Islamic State has become a destabilizing factor across the world.

Imran Khan’s government, just like the dictators and elected leaders before him will be under close scrutiny in Paris when the powerful Financial Action Task Force (FATF) meets from Monday for four days.

The failure of the cricketer-turned-politician is only symptomatic of the cancerous growth of terrorism that is holding Pakistan hostage. Since 2011, when Pakistan first caught FAFT’s eye, it has been ruled twice by Pakistan Muslim League (N) and once by Pakistan People’s Party.

However, despite warnings, Pakistan’s machinations to hoodwink the international community remain the same. In 2018, when it was put in the ‘Grey List’ Islamabad had obliged to fulfill a 27-point action plan. But it has played within legal loopholes to provide a cosmetic pretense of action. Instead of taking action against terror groups, Pakistan has rebranded terror groups in Kashmir under the name of The Resistance Front (TRF).

This newly-formed group, according to security experts is just old wine in a new bottle. Experts believe that TRF is only a new name given to Lashkar-e-Toiba, Hizbul Mujahideen, and Jaish-e-Mohammed (JeM), who are active in the Valley.

Another subterfuge is Islamabad’s inaction in dealing with dreaded terrorists like Zaku Ur Rajman Lakhvi, JeM chief Masood Azar. Only Hafiz Saeed, the mastermind of the 2008 Mumbai terror attack, has been sentenced for terror financing.

But the recent verdict to acquit Omar Sheikh the prime accused in Daniel Pearl’s murder has again exposed Pakistan’s game plan. Soon after the verdict was given, Sheikh and four of his associates were shifted to a newly-built government facility, with family access from 9 AM to 5 PM.

Another interesting fact is the pruning of list of 7,600 individuals Pakistan had vowed to take action against terror financing to FATF in September 2018. However, by January 2019, 4,000 names from that list, which were booked under the Anti-Terrorism Act, went missing.

All the allegations notwithstanding, the foreign office said that Pakistan had made substantive progress on the remaining items of the FATF Action Plan.

“FATF had assessed Pakistan to have completed 21 of the 27 Action Items under the current Action Plan. In the remaining six partially addressed items, significant progress has been made by Pakistan, which is duly acknowledged by the wider FATF membership,” Foreign Office Spokesman Zahid Hafeez Chaudhri said at the weekly media briefing.

Pakistan, he said, remained committed to completing the implementation of the FATF Action Plan.

However, according to a report in The Express Tribune newspaper, although foreign minister Shah Mahmood Qureshi sounded optimistic about the outcome of the upcoming FATF meeting, officials admitted that Pakistan would remain on the ‘grey’ list at least until June.

But the report also noted that ahead of the FATF plenary, Pakistan has been seeking the support of member countries for an on-site visit, a crucial step – if agreed – will brighten Islamabad’s chances of formally exiting the ‘grey’ list by June.

Pakistan has requested the member nations to support its case and allow the on-site inspection by the FATF, a crucial step that leads to the removal of the country from the grey list, it said.

How the numbers stack up

Pakistan needs 12 votes out of 39 to exit the ‘grey’ list and move to the ‘white’ list. To avoid ‘black’ list, it needs the support of three countries. China, Turkey and Malaysia are its consistent supporters.

Addressing a virtual press conference from Paris in October last, FATF president Marcus Pleyer had said that Pakistan’s failure to fulfill six of the 27 mandates has resulted in the country’s continuation in the ‘grey’ list.

“FATF will send a team for an onsite visit once Pakistan complies with the remaining six conditions. Then only a decision will be taken if it comes out of the grey list or not,” Pleyer said.