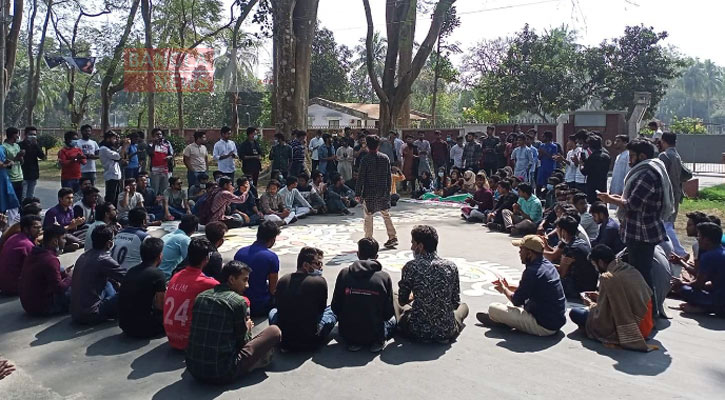 Rajshahi University students staged demonstrations for the 2nd consecutive day on Sunday and give a 24-hour ultimatum to the authorities concerned for reopening of all the dormitories of the university.

They brought a procession from behind the central library of the university and staged demonstrations in front of the Vice Chancellor’s residence.

They also threatened to go for a tougher movement unless the university authorities open the residential halls within 24 hours.

That does not mean that we will not do such thing.”

“Everything has become normal across the country except academic activities at public universities. School, college students are getting auto-promotion, private universities started taking exams long ago, the national university is also started taking exams. But we are deprived of education facilities during the last one year. We want reopening of campus and residential halls as early as possible,” he also said.

“We can’t reopen the campus and halls without government order. We will take steps to reopen halls after getting government clearance,” RU proctor professor Lutfor Rahman told UNB.