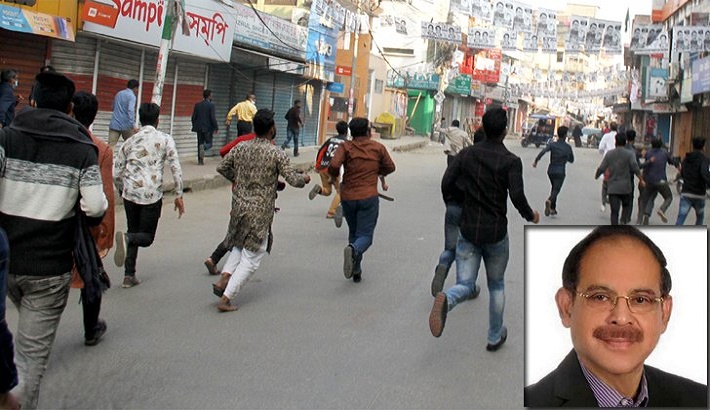 Leaders and activist of Chhatra League, a student wing of ruling Awami League, chased BNP MP from Bogura-5 constituency Golam Mohammad Siraj and his supporters at Shaheed Minar in Bogura on Sunday morning.

The MP came under attack when he went Shaheed Khokon Park in Bogura at 9:00am to pay homage to the martyrs of the historic Language Movement on the occasion of Amar Ekushey and the International Mother Language Day.

Khorshed Alam, TSI of Sadar police outpost, said the incident happened as the BNP leaders and activists were unable to reach there in the scheduled time.

Asim Kumar Roi, general secretary of Bogura unit Chhatra League, said that the BNP activists along with MP Siraj were chanting party ‘slogans’ and derogatory comments against government at the Shaheed Minar.

As a result, agitated leaders and activists of Chhatra League chased them, he said.