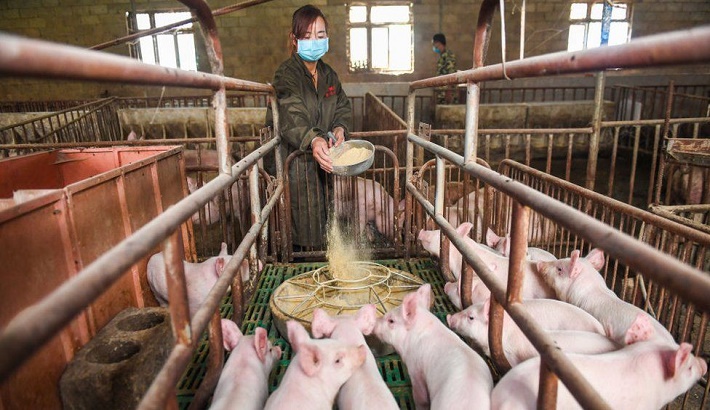 Huawei is turning to technology for pig farmers as it deals with tough sanctions on its smartphones.

The Chinese telecoms giant was stopped from accessing vital components after the Trump administration labelled it a threat to US national security.

In response to struggling smartphone sales, Huawei is looking at other sources of revenue for its technology.

Along with Artificial Intelligence (AI) tech for pig farmers, Huawei is also working with the coal mining industry.

Former US President Donald Trump claimed Huawei can share customer data with the Chinese government, allegations it has repeatedly denied.

As a result, the world's largest telecoms equipment maker has been limited to making 4G models as it lacks US government permission to import components for 5G models.