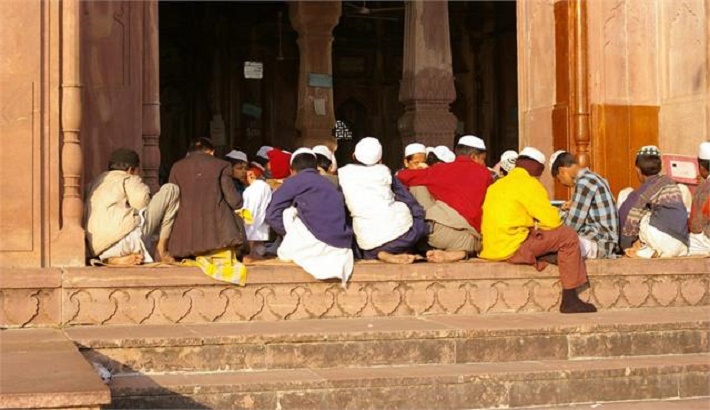 At the beginning of this New Year, in January 2021, a team of UN Human Rights activists fervently appealed to the Sri Lankan government to scrap its policy of forced cremation of bodies of coronavirus victims belonging to Muslim/ other minorities.

The Sri Lankan Government was requested to abstain from actions that were seemingly in contravention to the established practices of different religious groups. The decision of the authorities was seen as a catalyst capable of fomenting prejudice, intolerance and violence in an already divided society that is yet to put its pieces together post the LTTE conflict. In Geneva, Special Rapporteurs Ahmed Shaheed, Fernand de Varennes, Clement Nyaletsossi Voule and Tlaleng Mofokeng claimed that there was no medical or scientific evidence proving that burying the bodies of coronavirus victims in any way increased the risk of spreading this highly contagious disease.

Nevertheless, sometime in March 2020, Sri Lanka amended the country’s health guidelines for Covid-19 making it mandatory to cremate all deceased Covid 19 patients. Following this, many countries condemned the decision on the grounds of being discriminatory, propagating religious intolerance & sowing fear and distrust between religious communities. Interestingly however, Pakistan, a Muslim majority South Asian country which otherwise takes pride in speaking up for the community at every international forum maintained complete silence over the issue.

On their part, the UN experts had also expressed concern that the decision taken by a panel of experts appointed by the Sri Lankan State Minister for Primary Health Services & Pandemics, of including both cremation and burial as options for disposing bodies of Covid-19 victims was completely disregarded by the Sri Lankan government. While a statement was issued that burial would be allowed, a subsequent clarification that a decision would be taken by the expert committee indicates that a consensus is yet to be achieved. Meanwhile, some Muslim countries such as Maldives despite their own constraints of land, reached out to the Sri Lankan Muslims stating that they would provide land to them for burial. However, Pakistan remained silent throughout, this controversy not uttering a word of condemnation or criticism over denial of a very basic religious right for a Muslim: land for burial. Needless to say, it is apparent that Pakistan conveniently prioritizes its bilateral relationship with Sri Lanka over being the flag bearer of the rights of Muslims in the midst of a humanitarian crisis.

Further, experts in the field of international politics opine that the Pakistani decision not to harm the country’s bilateral relations with the new Sri Lankan government ignoring Muslim sufferings is consistent with the country’s policy towards Sri Lanka. Even during the LTTE’s aggressive military operations, Pakistan did not make any efforts to condemn or even highlight at various forums the hardships faced by the Sri Lankan Muslim community. Despite being an important Islamic country in South Asia, Pakistan did not extend any assistance, financial or diplomatic, to alleviate the sufferings of minority Muslims in the island country. More recently, in the backdrop of the Easter Bombings in April 2019, Sri Lankan Muslims faced an existential crisis with lack of trust from the other religious communities. There were even a series of communal incidents with attacks on Muslims in prominent places as a counter to the bombings.

The Easter Bombings seem to have reinforced influenced the majority psyche in a manner that the wounds from the past continue to impact the present. Over the years, the Muslim community has been reeling in an environment of fear and suspicion & has never really been able to recover from it. Still, Pakistan has deliberately refrained from making efforts to assuage the ill treatment & discrimination being meted out to Sri Lankan Muslims.  This is because it fears that any such move would be detrimental to its bilateral relationship with the island country – a clear reflection of double standards as Pakistan otherwise pretends to be the pioneer of Muslim rights the world over, with its actions ranging from criticizing the French President to alleging human rights violations in India.

As countries working in tandem in the South Asian neighbourhood, it is, however, difficult to imagine the cultural relationship between Sri Lanka and Pakistan on grounds of Islam. The latter, currently on the grey list of the FATF is referred by many countries as providing arms & ammunition, money to terrorists and brainwashing the youth to engage in terror related activities. Numerous terror incidents across the world, be it in France, UK, US or even India have had a Pak angle which is hard to ignore. In Eastern Sri Lanka, media reports have mentioned uneducated Muslim youths being brainwashed by the ISI in Pakistan where they are allegedly provided training to carry out terrorist activities. Against this background, the Easter Bombings only served to enhance the Muslim role in the killings further alienating an already subjected populace.

Today, Sri Lankan Muslims are apprehensive about visiting Pakistan because of the damage it could cause to their reputation for being associated with a country having alleged links with terror. Not only that, Sri Lankan Muslims face issues of being treated as second class citizens by a dominant Buddhist majority that is yet to guarantee them substantial constitutional rights. Thus, the Sri Lankan Muslims being a minority have numerous issues to battle, the right of burial being the latest among many, but one wonders why the otherwise vociferous Pakistan does not come to their rescue.  It is ironical, indeed, for a nation that prides itself on religion and claims to be the voice of oppressed Muslims all over the world.