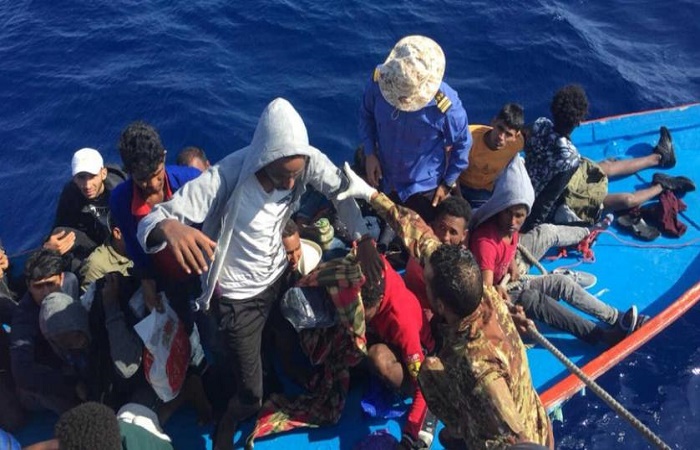 The Italian coastguard were searching for survivors Saturday after a vessel carrying dozens of migrants capsized off the Mediterranean island of Lampedusa overnight.

In a statement released on Saturday evening, the coastguard said that "at this stage 45 migrants in total, all of them men, have been rescued at Lampedusa".

"The search is ongoing to find those potentially missing with two coastguard vessels, with aerial support from a helicopter," the statement added.

Survivors of the accident said five were missing from the original number aboard.

Earlier the coastguard had said the vessel overturned overnight as the coastguard were bringing migrants aboard their own boats off Lampedusa, which is located between Sicily, Tunisia and Libya.

Officials did not specify where the migrants had come from.

The rescue operation had followed "an especially intense day, as a large number of vessels carrying migrants was reported" on Friday, the coastguard said.