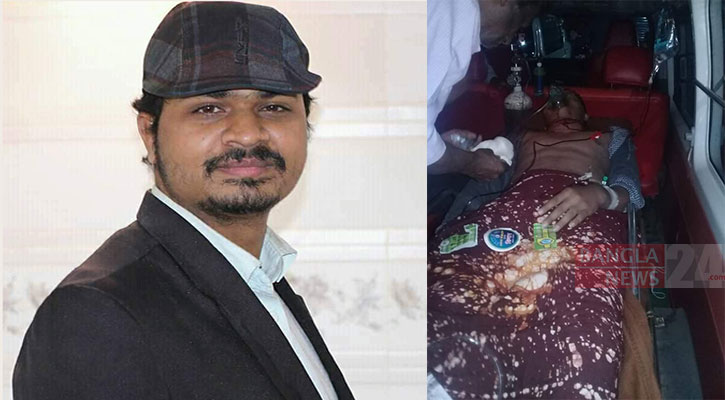 A journalist, who sustained bullet injuries in a clash between the loyalists of Abdul Quader Mirza, mayor of Basurhat municipality in Noakhali’s Companyganj, and members of a faction of the Awami League on Friday, died at a hospital in the capital on Saturday night.

Burhan Uddin Mujakker, 25, the Companyganj Upazila correspondent of the Bangladesh Samachar, breathed his last at around 11:45pm at Dhaka Medical College Hospital.

He was hit by bullets in the neck, head and other parts of his body and taken to Noakhali General Hospital in critical condition before being transferred to the Dhaka Medical College Hospital.

Mirza is the younger brother of Obaidul Quader, general secretary of the ruling and MP of Noakhali-5 seat.

The followers of Mizanur Rahman Badal, a former chairman of Companyganj Upazila council, marched at Chaprashirhat Purbo Bazar on Friday in protest against Mirza’s “falsification and offensive” comments about his brother Quader.

Mujakker was among seven shot during the clashes. At least 25 others were also injured.