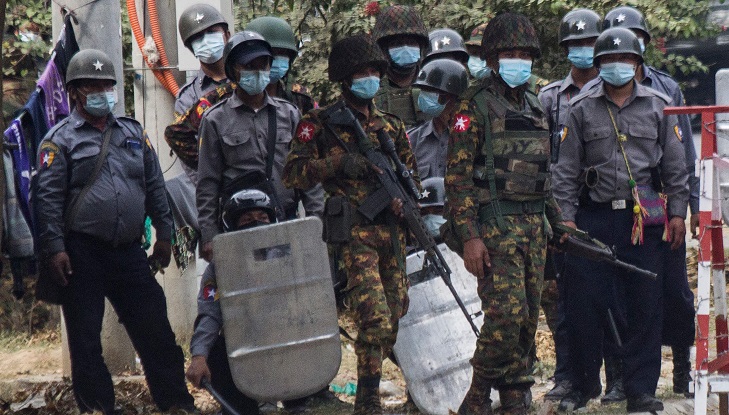 He said a meeting in Brussels of EU foreign ministers on Monday "will discuss... the latest events in Myanmar to take appropriate decisions".

His comments came after security forces in Myanmar's second city of Mandalay fired live ammunition and rubber bullets at protesters demonstrating against the country's junta, which deposed civilian leader Aung San Suu Kyi in a February 1 coup. Two people were killed, including a boy shot in the head, emergency workers said.

The European Commission on Thursday had already reacted to the death of another protester fatally shot in the head with a live round during a demonstration on February 9.

A spokeswoman called for a "transparent" investigation into that death so that "those responsible answer for their acts".

A senior EU official said the EU ministers' meeting on Monday was expected to move towards sanctioning Myanmar military officers.