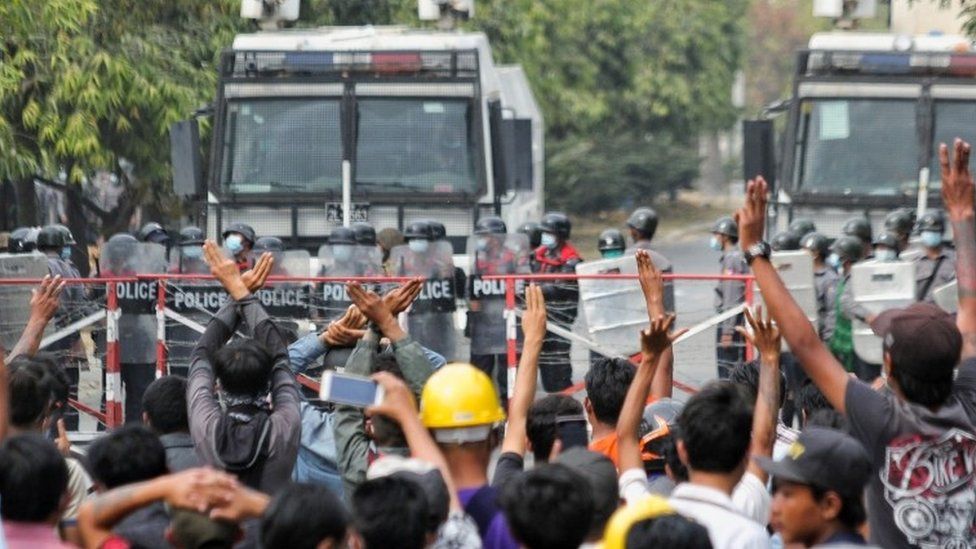 At least two people have been killed during fresh protests in Myanmar against a military coup.

Hundreds had gathered for a rally at a shipyard in Myanmar's second largest city. Several were injured, reportedly by live fire and rubber bullets.

Protesters are demanding that she be released, along with other members of her National League for Democracy (NLD) party. She is under house arrest, accused of possessing illegal walkie-talkies and violating the country's Natural Disaster Law.

The military allege the NLD's landslide election win last year was fraudulent but have not provided proof.
The violence in Mandalay comes a day after a young woman became the first confirmed death from the protests.

Myanmar - the basics
Myanmar, also known as Burma, was long considered a pariah state while under the rule of an oppressive military junta from 1962 to 2011

A gradual liberalisation began in 2010, leading to free elections in 2015 and the installation of a government led by veteran opposition leader Aung San Suu Kyi the following year

In 2017, Myanmar's army responded to attacks on police by Rohingya militants with a deadly crackdown, driving more than half a million Rohingya Muslims across the border into Bangladesh in what the UN later called a "textbook example of ethnic cleansing"