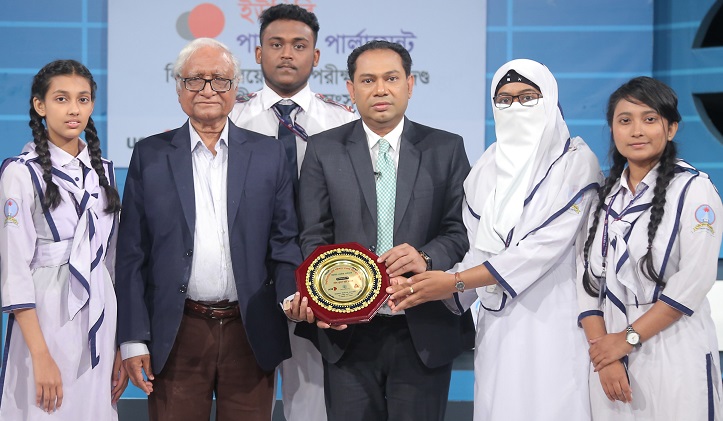 The proposal for hiking of admission test fee in Dhaka University is illogical, rather the cost should decrease. More budgetary allocation is needed to increase number of seats in universities and colleges.

Emeritus Professor Serajul Islam Chowdhury made the statements while addressing a debate as the chief guest. The debate competition in a shadow parliament titled ‘Standard in Varsity Admission’ was organised by the ‘Debate for Democracy’ at FDC in Tejgaon of the capital on Saturday.

The dialogue was presided over by Hasan Ahmed Chowdhury Kiran, Chairman of Debate for Democracy.

Prof Serajul Islam, a literary critic and social and political analyst, said “Brief written examination is the best system for adjudging aptitude of the students in university admission test. MCQ system cannot be accepted in any consideration.”

The chance of higher education will be limited unless the universities increase the number of seats, said the renowned academician.

“A university is not only academic institution but also social organisation. So, elections to the students’ union in the universities should be held every year as a part of democratic practice in educational institutions.”

Addressing the seminar, Debate for Democracy Chairman Hasan Ahmed Kiran said the DU authority has decided to increase admission test fee from Tk 450 to Tk 650. The decision should not be implemented considering the economic hardship of the people amid corona pandemic, he said.